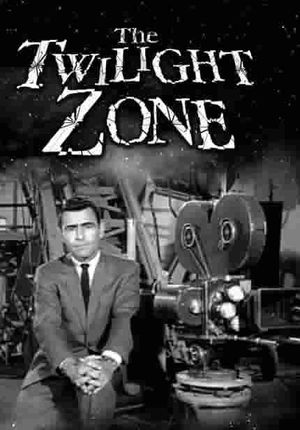 "The Grave" is episode 72 of the American television anthology series The Twilight Zone. It originally aired on October 27, 1961 on CBS.

Normally, the old man would be correct. This would be the end of the story. We've had the traditional shoot-out on the street and the badman will soon be dead. But some men of legend and folk tale have been known to continue having their way even after death. The outlaw and killer Pinto Sykes was such a person, and shortly we'll see how he introduces the town and a man named Conny Miller, in particular, to the Twilight Zone. 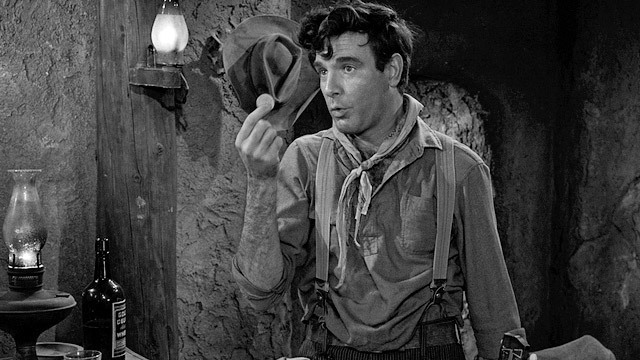 The outlaw Pinto Sykes is ambushed by the men of the town in the middle of the street. Some time later, gun-for-hire Conny Miller, who had been hired to track down Sykes, arrives in town. He goes to the saloon where the men who hired him are gathered and is angry to learn that they had dispatched Sykes themselves. Moreover, on his deathbed Sykes accused Miller of being a coward, saying he left a clue he was in Albuquerque, New Mexico, and Miller never followed it up, presumably being afraid to confront Sykes. He also made a vow to reach up and grab Miller if he ever came near his grave. 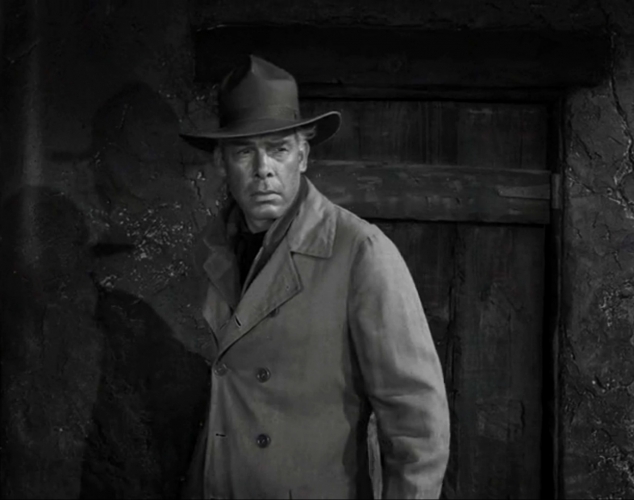 Miller says that Sykes was a liar, claiming he went to Albuquerque and found no sign that Sykes had ever been there and also denies that he is at all frightened by Sykes's threat of vengeance from beyond the grave. The men are not convinced, openly admitting they themselves are frightened of Sykes and dare Miller to make a midnight visit to Sykes's grave. Miller is told to stick a knife into the burial mound as proof that he had visited the grave. After being confronted by Sykes's vengeful sister Ione, Miller treks in the cold, windy darkness to the cemetery and at midnight kneels at the grave and plants the knife. But as he attempts to leave, he is suddenly pulled back down. 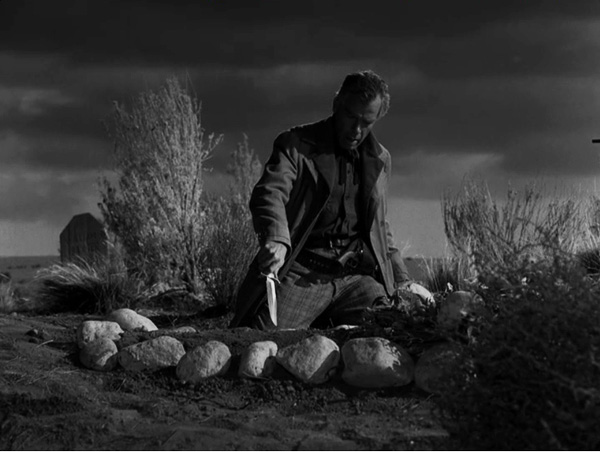 The next day, Miller has still not returned. The townsmen, accompanied by Ione, visit the cemetery in search of Miller. They find Miller lying dead atop Sykes's grave with his knife through his coat, pinning him to the ground. Steinhart deduces that the wind blew Miller's coat over the grave, he stuck the knife through his coattail unknowingly, and as he stood up afterward, he mistook the pinned coat's resistance for Sykes's grip and died of fright. However, Ione points out that since the wind was blowing from the south that night, it would have blown Miller's coat away from the grave, not over it. She then laughs mockingly at the stupefied men.

Final comment: you take this with a grain of salt or a shovelful of earth, as shadow or substance, we leave it up to you. And for any further research, check under 'G,' for 'ghosts'...in the Twilight Zone.