Anzacs (named for members of the all volunteer ANZAC army formations) is a 1985 Australian five-part television miniseries set in World War I. The series follows the lives of a group of young Australian men who enlist in the 8th Battalion (Australia) of the First Australian Imperial Force in 1914, fighting first at Gallipoli in 1915, and then on the Western Front for the remainder of the war.

It follows in the wake of Australian New Wave war films such as Breaker Morant (1980), Gallipoli (1981), and precedes The Lighthorsemen (1987). Recurring themes of these films include the Australian identity, such as mateship and larrikinism, the loss of innocence in war, and also the continued coming of age of the Australian nation and its soldiers (the ANZAC spirit).

The series begins in 1914, in the Western District of Victoria (Australia). Martin Barrington, the son of a wealthy British-born land-owner, is persuaded by his best friend, stockman Dick Baker, to enlist to fight in the Great War. They are joined by Dick's sister Kate, who will become an army nurse. They become part of the 8th Battalion led by Lieutenant Armstrong and Sergeant McArthur. Other members of the platoon include Roly Collins, Bill Harris, Pat Cleary, and the Johansen brothers. By April 1915 the platoon, having trained in Australia and Egypt, take part in the Allied invasion of Turkey at Gallipoli. Suffering heavy casualties during the landing, both of the Johansen brothers are killed and Barrington is badly wounded. He recuperates at a hospital on the Greek island of Lemnos and rekindles his romance with Kate. In August, the platoon take part in the bloody Battle at Lone Pine, and in the close-quarters fighting Baker is killed. In December, the platoon, of which only six original members remain, are quietly evacuated from the peninsula along with the rest of the Anzac forces. 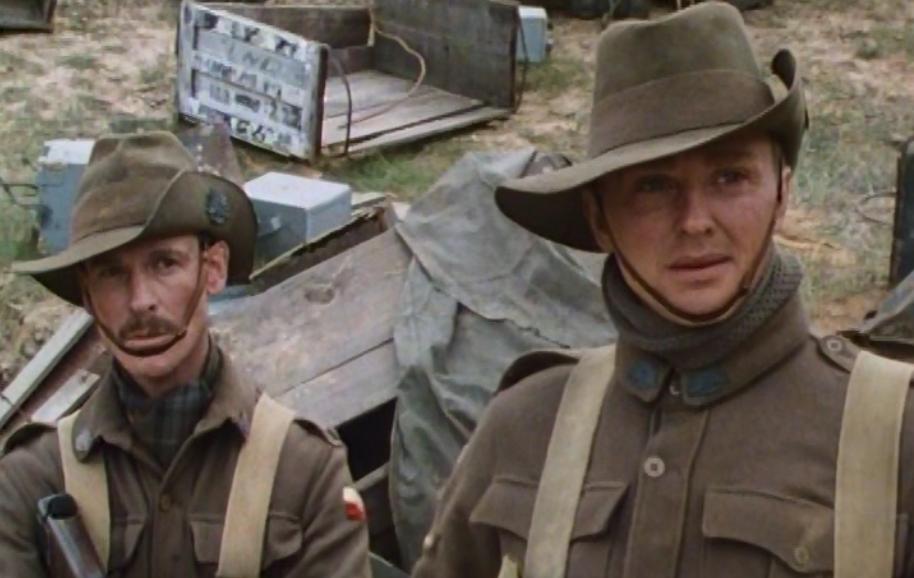