CONSPIRACY NIGHT AT THE MOVIES: Inferno

An excellent predictive programming film with embedded coding. I wish I saw it years ago. It illustrates the creation of hyperreality and shows the fake shooting techniques. 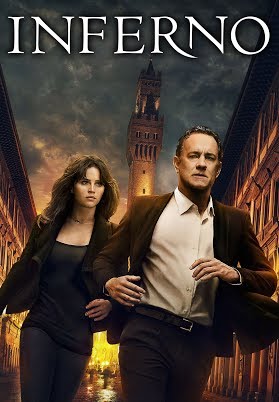 Inferno is a 2016 American action mystery thriller film directed by Ron Howard and written by David Koepp, loosely based on the 2013 novel of the same name by Dan Brown. The film is the sequel to The Da Vinci Code (2006) and Angels & Demons (2009), and is the third and final installment in the Robert Langdon film series. It stars Tom Hanks, reprising his role as Robert Langdon, alongside Felicity Jones as Dr. Sienna Brooks, Omar Sy, Sidse Babett Knudsen, Ben Foster, and Irrfan Khan. 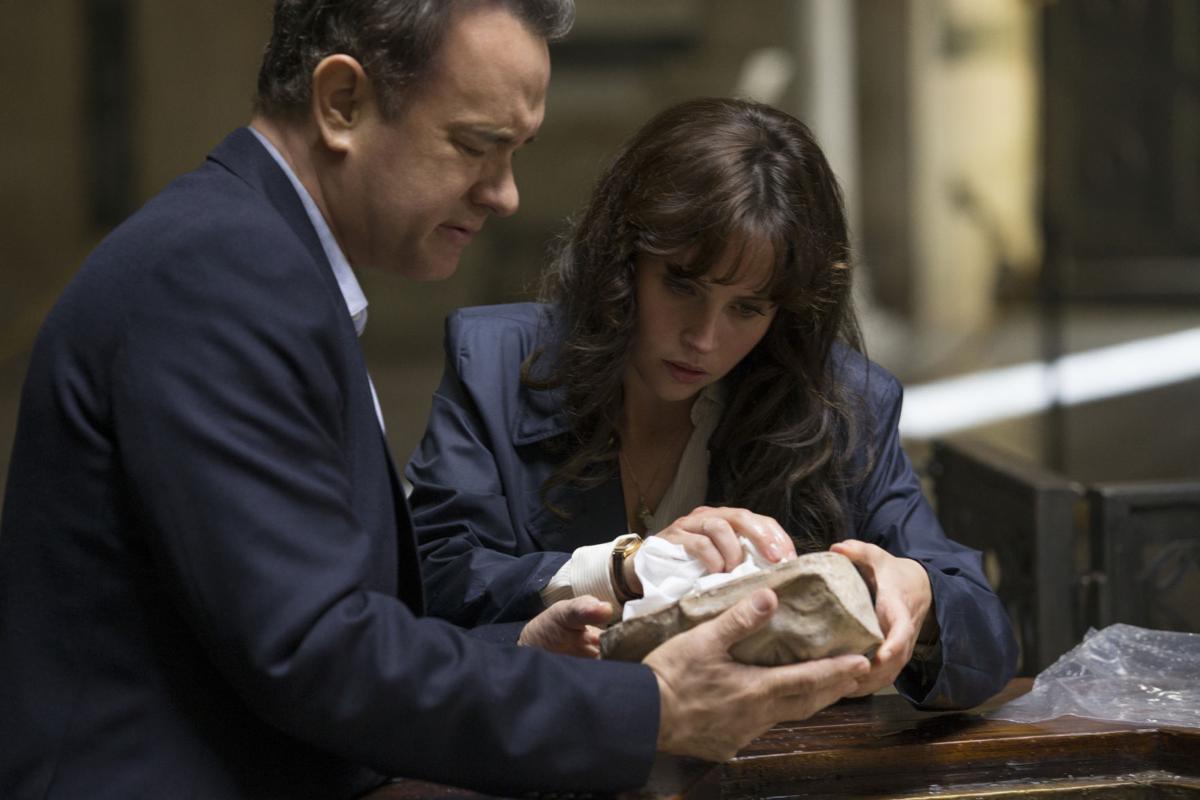 Some time after helping the Vatican dealing with an antimatter threat, Harvard University professor Robert Langdon awakens in a hospital room in Florence, Italy, with no memory of what has transpired over the last few days, but being plagued with hellish visions. Dr. Sienna Brooks, the doctor tending to him, reveals that he is suffering from amnesia as a result of a bullet wound to the head. An orderly says the police are there to question Langdon but the officer turns out to be Vayentha, an assassin, who shoots the orderly while coming up the hallway. Brooks helps Langdon to escape, and they flee to her apartment.

Among Langdon's personal belongings, Langdon and Brooks find a Faraday pointer, a miniature image projector with a modified version of Sandro Botticelli's Map of Hell, which itself is based on Dante's Inferno. They soon realize this is the first clue in a trail left by Bertrand Zobrist, a dangerously unstable villain who believed that rigorous measures were necessary to reduce the Earth's growing population, and who committed suicide three days earlier after being chased by armed government agents.

Langdon and Brooks figure out that Zobrist, who was obsessed with Dante, has created a biological superweapon he has dubbed "Inferno", with the potential of annihilating half the world's population. In the meantime, they have been traced by both Vayentha and government agents, who try to raid the apartment, forcing them to flee again. The government agents are headed by Elizabeth Sinskey, an old lover of Langdon's. Vayentha reports to her employer Harry Sims, the CEO of a private security company called "The Consortium", who is acting on behalf of Zobrist, who gives her instructions to kill Langdon as he had become a liability.

Langdon's knowledge of Dante's work and history, and of hidden passages in Florence, allows the two to follow clues such as letters and phrases which lead to various locations in Florence and Venice, while inadvertently killing Vayentha and evading the agents. Along the way, Langdon discovers that he helped a friend of his steal and hide the Dante death mask, a crucial clue, an event he also does not remember. Zobrist had provided Sims with a video message about the attack, to be broadcast after it has been released. Shocked by its content, Sims allies with Sinskey to prevent the outbreak. However, Langdon and Brooks are contacted by Christoph Bouchard, a man purporting to be working for the government, warning them that Sinskey is a double agenda and is after the Inferno for her own profit. The three cooperate for a while, until Langdon realizes that Bouchard is lying and seeking to profit from Inferno himself, forcing the duo to flee on their own again.

Langdon figures out that the attack is in the Hagia Sophia in Istanbul. With that knowledge, Brooks abandons Langdon, revealing that she was Zobrist's lover and that she will ensure the release of the weapon. Zobrist and Brooks used to play treasure hunt games; this trail was the backup plan in case something happened to Zobrist. Langdon is recaptured by Bouchard, but Sims kills Bouchard and rescues Langdon, who then re-teams with Sinskey, who asked him for help in interpreting the imagery from the Faraday pointer. Sims reveals he was hired by Brooks to kidnap Langdon when Zobrist had been killed, and drugged with benzodiazepine to induce a memory loss; the events in the hospital were all staged.

They realize the weapon is in a plastic bag hidden under water in the Basilica Cistern in Istanbul. The agents team â€“ joined by Langdon, Sims, and Sinskey â€“ race to locate and secure the bag, while Brooks and her allies attempt to detonate an explosive that will rupture the bag and aerosolize the weapon. Sims is killed by Brooks, and when Langdon confronts her, she attempts to release the weapon by triggering a suicide bombing. The detonation is able to rupture the bag but because it was already trapped in a special containment unit, the weapon was secured in time, and after struggling in vain against Sinskey and Langdon to destroy the container, Brooks' allies are killed. The weapon is then taken, and Langdon goes back to Florence in order to return the Dante Death Mask.