CONSPIRACY NIGHT AT THE MOVIES: How The West Was Won

It was a long time ago to the early sixties. This generation has little understanding of that far away time. Now inmagine the frontier. It was a hard desolate life. It took true grit. I trust it isn't extinct today. Pay careful attention to the ambush. It's a one time learning curve. Blind trust is extremely foolish. 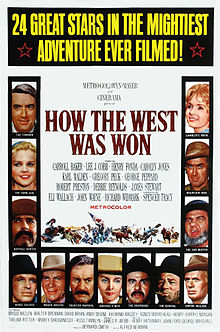 How the West Was Won is widely considered one of Hollywood's greatest epics. The film received widespread critical acclaim and was a box office success, grossing $50 million on a budget of $15 million. At the 36th Academy Awards, it earned eight nominations, including Best Picture, and won three, for Best Story and Screenplay Written Directly for the Screen, Best Sound, and Best Film Editing. In 1997, it was selected for preservation in the National Film Registry by the Library of Congress as being "culturally, historically, or aesthetically significant".

The film begins with narration by Spencer Tracy as the aerial-borne camera sweeps over the Rocky Mountains. "This land has a name today", says Tracy in the opening lines of the film, "and is marked on maps."

The film then moves into "The Rivers" sequence (considerably to the east of the Rockies). 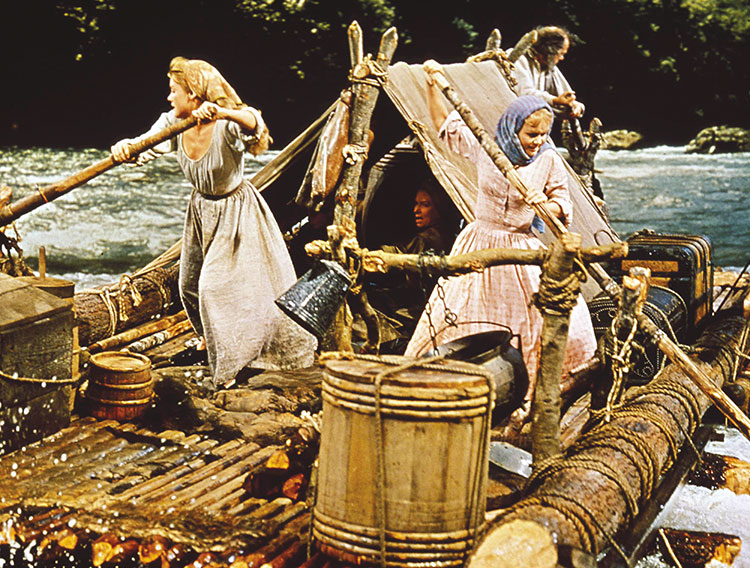 The settlers' raft is caught in rapids.

Mountain man Linus Rawlings (Stewart) is making his way by horse and waterway through the mountains. He confers with a group of Native Americans. The scene then shifts to Zebulon Prescott and his family.

This section was directed by Henry Hathaway.

The wagon train is attacked by Cheyenne warriors.

Eve's sister Lilith (Debbie Reynolds) chose to go back East but after some years finds herself touring in St. Louis, where she and her troupe are hired to perform trendy acts at the Music hall. She attracts the attention of professional gambler Cleve Van Valen (Gregory Peck). After overhearing that she has just inherited a California gold mine, and to avoid paying his debts to another gambler (John Larch), Cleve joins the wagon train taking her there. Wagonmaster Roger Morgan (Robert Preston) and he court her along the way, but she rejects them both, much to the dismay of her new friend and fellow traveler Agatha Clegg (Thelma Ritter), who is searching for a husband. 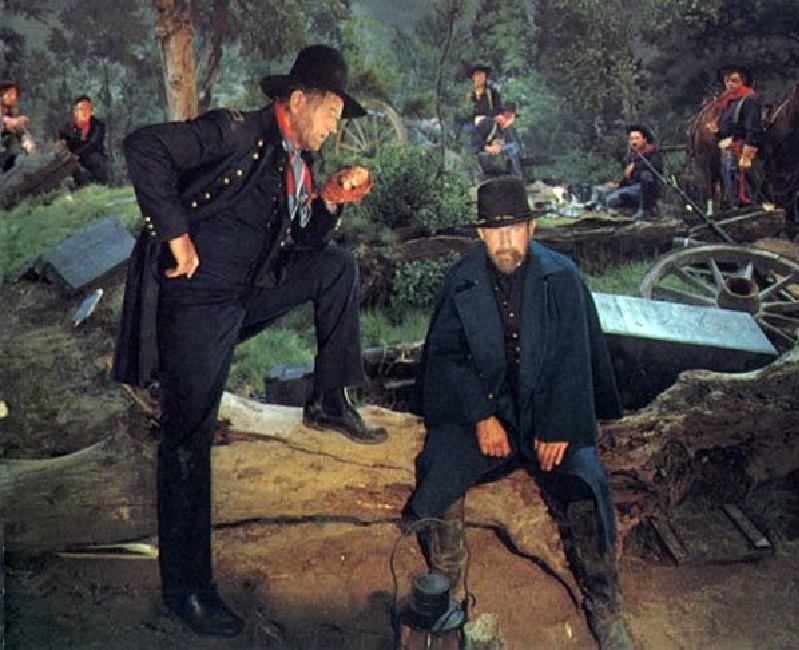 Linus Rawlings joins the Union army as a captain in the American Civil War. Despite Eve's wishes, their son Zeb (Peppard) eagerly enlists as well, looking for glory and an escape from farming. Corporal Peterson (Andy Devine) assures them the conflict will not last very long. The bloody Battle of Shiloh shows Zeb that war is nothing like he imagined, and unknown to him, his father dies there. Zeb encounters a similarly disillusioned Confederate (Russ Tamblyn), who suggests deserting.

This section was directed by John Ford. 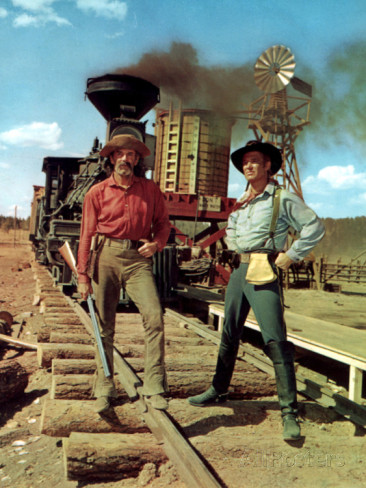 The construction of railroads

Following the daring riders from the Pony Express and the construction of the transcontinental telegraph line in the late 1860s, two ferociously competing railroad lines, the Central Pacific Railroad and the Union Pacific Railroad, one building westward and the other eastward, open up new territory to eager settlers.

This section was directed by George Marshall. 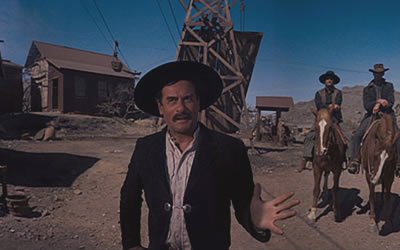 The desperadoes who want to rob the train

In San Francisco, widowed Lilith auctions off her possessions (Cleve and she had made and spent several fortunes) to pay her debts. She travels to Arizona, inviting Zeb and his family to oversee her remaining asset, a ranch.

The west that was won by its pioneers, settlers, adventurers is long gone now. Yet it is theirs forever, for they left tracks in history that will never be eroded by wind or rain – never plowed under by tractors, never buried in a compost of events. Out of the hard simplicity of their lives, out of their vitality, of their hopes and sorrows grew legends of courage and pride to inspire their children and their children's children. From soil enriched by their blood, out of their fever to explore and build, came lakes where once there were burning deserts – came the goods of the earth; mine and wheat fields, orchards and great lumber mills. All the sinews of a growing country. Out of their rude settlements, their trading posts came cities to rank among the great ones of the world. All the heritage of a people free to dream, free to act, free to mold their own destiny.

— Final narration of the film by Spencer Tracy

A short epilogue shows how modern America has grown from the West in the early 1960s, which includes footage of the Hoover Dam, the four-level downtown freeway interchange in Los Angeles and the Golden Gate Bridge in San Francisco.