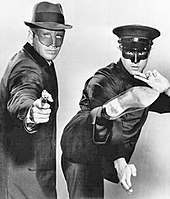 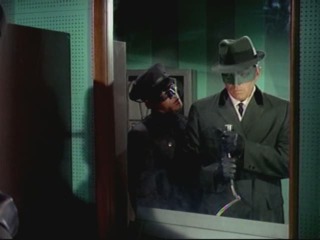 An illegal bootleg liquor ring devised by Henry Dirk forces a stronghold on bars in the town to buy from them. As reporter Mike Axford tries to follow a lead to the racketeers, he becomes kidnapped. To get in and save Axford, the Green Hornet approaches Dirk for a cut of his action. The bootlegger and his helicopter, from which he drops bombs on his non-conformists, is a challenge to the Black Beauty.