The Coming Race by Edward Bulwer-Lytton 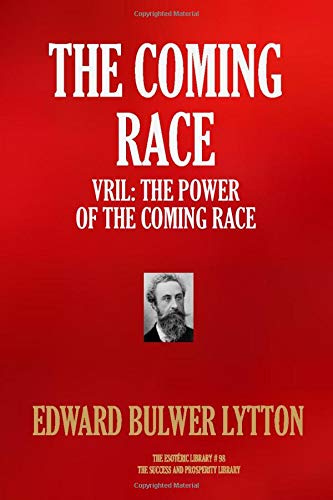 Some readers have believed the account of a superior subterranean master race and the energy-form called "Vril", at least in part; some theosophists, notably Helena Blavatsky, William Scott-Elliot, and Rudolf Steiner, accepted the book as based on occult truth, in part.[4] One 1960 book, The Morning of the Magicians, suggested that a secret Vril Society existed in Weimar Berlin. However, there is no evidence for the existence of such a society.

The original, British edition of The Coming Race was published anonymously in May 1871, by Blackwood and Sons of Edinburgh and London. (Blackwood published four more "editions" in 1871.) Anonymous American and Canadian editions were published in August, as The Coming Race, or The New Utopia, by Francis B. Felt & Co. in New York and by Copp, Clark & Co. in Toronto. Late in 1871 Bulwer-Lytton was known to be the author. Erewhon, which was also published anonymously in March 1872, was initially assumed to be a Coming Race sequel by Bulwer-Lytton. When it was revealed that Samuel Butler was the writer in the 25 May 1872 issue of the Athenaeum; sales dropped by 90 percent. There is much we have not been told. There is much to unfold. The blind lead the sighted though they are not gifted to have discernment. Welcome to the diluvian world.