Suzdal Camp 160: The fate of the German officers captured at Stalingrad

After their capture at Stalingrad, the German generals and the other officers were taken to the Euphemius Monastery, in the ancient city of Suzdal.

There was Prisoner of War Camp 160.

Alexander Blank, a young interpreter in the camp, who later became a famous historian, wrote notes as he worked there in 1943. Forty years later he released these very interesting documents: they are pure gold for history buffs.

Stalingrad Battle Data has translated the most interesting excerpts as a basis for this unique video. 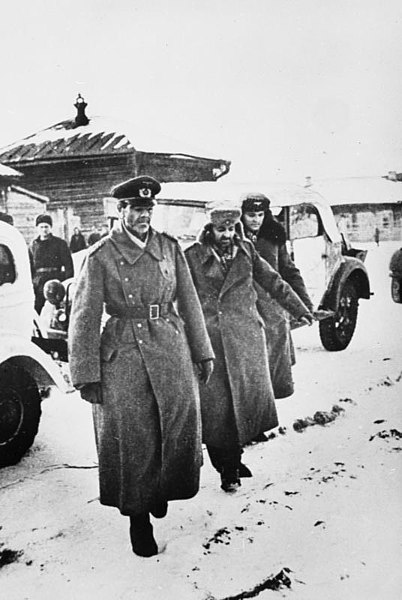 Paulus (left) and his aides Col. Wilhelm Adam (right) and Lt.-Gen. Arthur Schmidt (middle), after their surrender in Stalingrad.

Friedrich Wilhelm Ernst Paulus (23 September 1890 – 1 February 1957) was a German field marshal during World War II who is best known for commanding the 6th Army during the Battle of Stalingrad (August 1942 to February 1943). The battle ended in disaster for the Wehrmacht when Soviet forces encircled the Germans within the city, leading to the ultimate defeat and capture of about 265,000 German personnel, their Axis allies and collaborators.

Paulus fought in World War I and saw action in France and the Balkans. He was considered a promising officer; by the time World War II broke out he had been promoted to major general. Paulus took part in the Poland and Low Countries campaigns, after which he was named deputy chief of the German General Staff. In that capacity, Paulus helped plan the invasion of the Soviet Union.

In 1942, Paulus was given command of the 6th Army despite his lack of field experience. He led the drive to Stalingrad but was cut off and surrounded in the subsequent Soviet counter-offensive. Adolf Hitler prohibited attempts to break out or capitulate, and German defence was gradually worn down. Paulus surrendered in Stalingrad on 31 January 1943, the same day on which he was informed of his promotion to field marshal by Hitler. Hitler expected Paulus to commit suicide, repeating to his staff that there was no precedent of a German field marshal ever being captured alive.

While in Soviet captivity during the war, Paulus became a vocal critic of the Nazi regime and joined the Soviet-sponsored National Committee for a Free Germany. In 1953, Paulus moved to East Germany, where he worked in military history research. He lived out the rest of his life in Dresden.