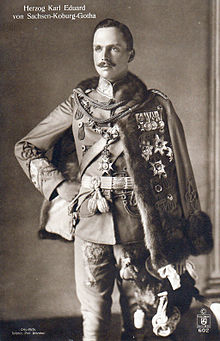 Charles Edward, Duke of Saxe-Coburg and Gotha (Leopold Charles Edward George Albert, German: Leopold Carl Eduard Georg Albert; 19 July 1884 – 6 March 1954) was the last reigning duke of Saxe-Coburg and Gotha from 30 July 1900 until 1918. A male-line grandson of Queen Victoria and Prince Albert, he was also until 1919 a Prince of the United Kingdom and from birth held the British titles of Duke of Albany, Earl of Clarence and Baron Arklow.

In 1919, Charles Edward was deprived of his British peerages, his title of Prince and Royal Highness and his British honours for having fought in the German Army (eventually as a General) during WWI; he was labelled a "traitor peer".

Charles Edward later joined the Nazi Party as well as the Sturmabteilung (SA, or Brownshirts), in which he reached the position of Obergruppenführer. Charles Edward served in a number of positions in Nazi Germany in the 1930s and 1940s, including President of the German Red Cross from 1933–45. He was the maternal grandfather of King Carl XVI Gustaf of Sweden and the younger brother of Princess Alice, Countess of Athlone. 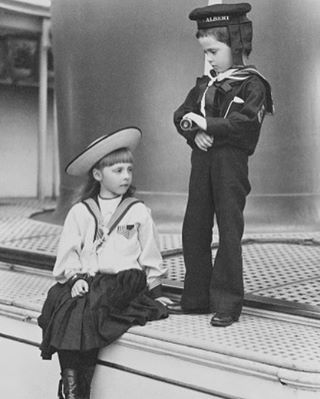 After paying the fines imposed by the denazification court and losing properties to the Soviet army, he died in poverty in 1954.

Records indicate that Charles Edward received a monthly payment of 4,000 Reichsmark (worth about £16,000 in 2015) from the Führer. 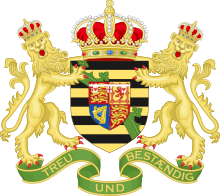 In 1940, Charles Edward travelled via Moscow and Japan to the US, where he met President Roosevelt at the White House. In 1943, at Hitler's behest, Charles Edward asked the International Red Cross to investigate the Katyn massacre.

Charles Edward was imprisoned until 1946. He was originally charged with crimes against humanity and the trial was held. Although he was exonerated of complicity in actual war crimes, he was judged to have been "an important Nazi". Only his failing health saved him from remaining in prison. Another factor for leniency towards him was that in April 1946, his daughter Sibylla had given birth to a son, the future King Carl XVI Gustaf of Sweden, who became, upon birth, third-in-line to the Swedish throne. In January 1947, Sybilla's husband died in a plane crash, and in October 1950, King Gustaf V of Sweden died, at which point Charles Edward's grandson became the Crown Prince of Sweden.

More than twenty years after his death in indigent circumstances, his grandson became King of Sweden as King Carl XVI Gustaf.

His younger daughter, Princess Caroline Mathilde claimed that her father had sexually abused her. The allegation was backed by one of her brothers.