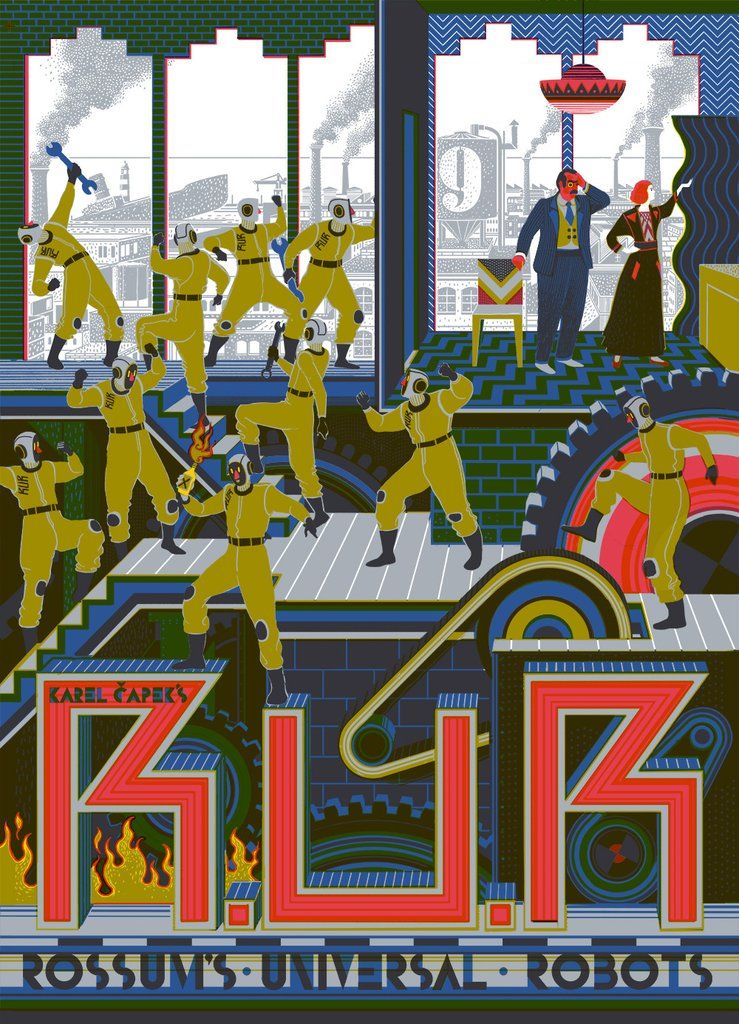 R.U.R. quickly became influential after its publication. By 1923, it had been translated into thirty languages.

The play begins in a factory that makes artificial people, called roboti (robots), from synthetic organic matter. They are living creatures of artificial flesh and blood rather than machinery. They may be mistaken for humans and can think for themselves. They seem happy to work for humans at first, but a robot rebellion leads to the extinction of the human race. Čapek later took a different approach to the same theme in War with the Newts, in which non-humans become a servant class in human society.

R.U.R. was successful in its time in Europe and North America.

Adam HaChadash the image must slay the original.