Sir Harry Oakes, 1st Baronet (23 December 1874 ? 7 July 1943) was an American-born gold mine owner, entrepreneur, investor and philanthropist. He earned his fortune in Canada and moved to the Bahamas in the 1930s for tax purposes. He became a British citizen and was granted the hereditary title of baronet in 1939.

Oakes was murdered in 1943 under mysterious circumstances, and the subsequent trial ended with acquittal of the accused. No further legal proceedings have taken place on the matter, the cause of death and the details surrounding it have never been entirely determined, and the case has been the subject of several books and four films.

Oakes was born in Sangerville, Maine, one of five children of William Pitt Oakes and Edith Nancy Lewis. His father was a prosperous lawyer. Harry Oakes graduated from Foxcroft Academy and went on to Bowdoin College in 1896, and he spent two years at the Syracuse University Medical School. One of his sisters, Gertrude Oakes, died in the 1935 sinking of the ocean liner SS Mohawk off the New Jersey coast. 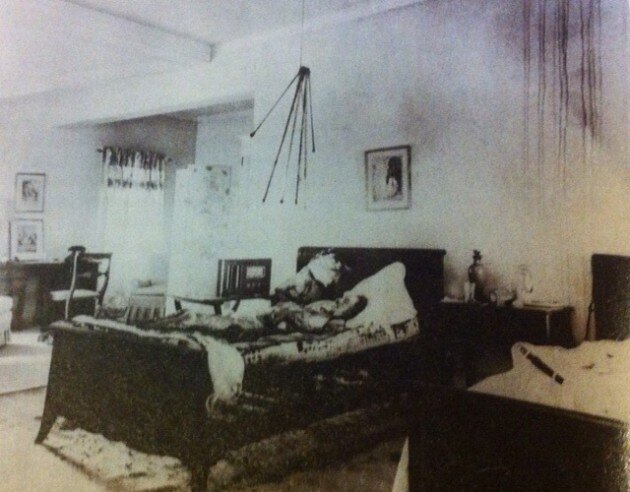 In 1898, Oakes left medical school before graduation and made his way to Alaska, at the height of the Klondike Gold Rush, in hopes of making his fortune as a prospector. For 15 years, he sought gold around the world, from California to Australia.

Oakes arrived in Kirkland Lake in Northern Ontario, Canada, on 19 June 1911. On September 23, 1911, he registered the transfer of claim T-1663, purchased from George Minaker, and established Lake Shore Mine. Twenty years later, the gold mine was the most productive in the Western Hemisphere, and it ultimately proved to be the second-largest gold mine in the Americas. His lavish lifestyle included a 1928 Hispano-Suiza H6B luxury car. 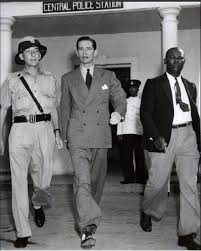 Moves to Bahamas, is created baronet

Oakes became a British subject, and he lived in the Bahamas for tax reasons from 1935 until his death. He was invited to the British colony by Sir Harold Christie, a prominent Bahamian real estate developer and legislator, who became a close business associate and friend.

In 1939, Oakes was created a baronet by King George VI as a reward for his philanthropic endeavours in the Bahamas, Canada and Britain. He donated US$500,000 in two bequests to St George's Hospital in London, and he gave US$1 million to charities in the Bahamas.[6] He became a member of the colony's House of Assembly.

Oakes soon proved to be a dynamic investor, entrepreneur and developer in the Bahamas. He had a major role in expanding the airport, Oakes Field, in the capital Nassau; bought the British Colonial Hilton Nassau; built a golf course and country club; and developed farming and new housing. All of this activity greatly stimulated the struggling economy, with only about 70,000 inhabitants in the early 1940s. This activity took place mainly on the principal island of New Providence; it was estimated that Oakes owned about one-third of that island by the early 1940s. Oakes had become the colony's wealthiest, most powerful, and most important resident by the early 1940s. 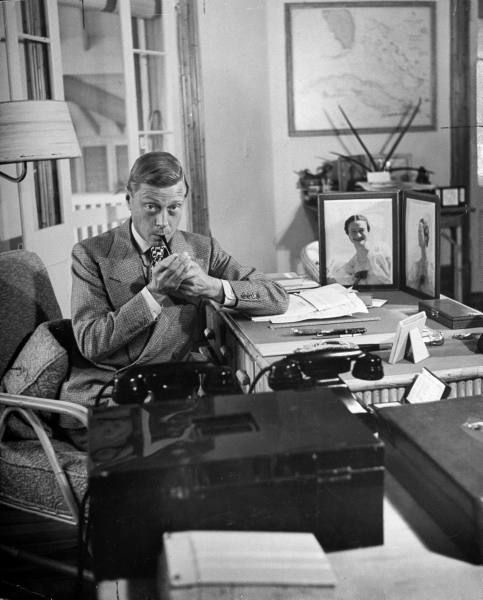