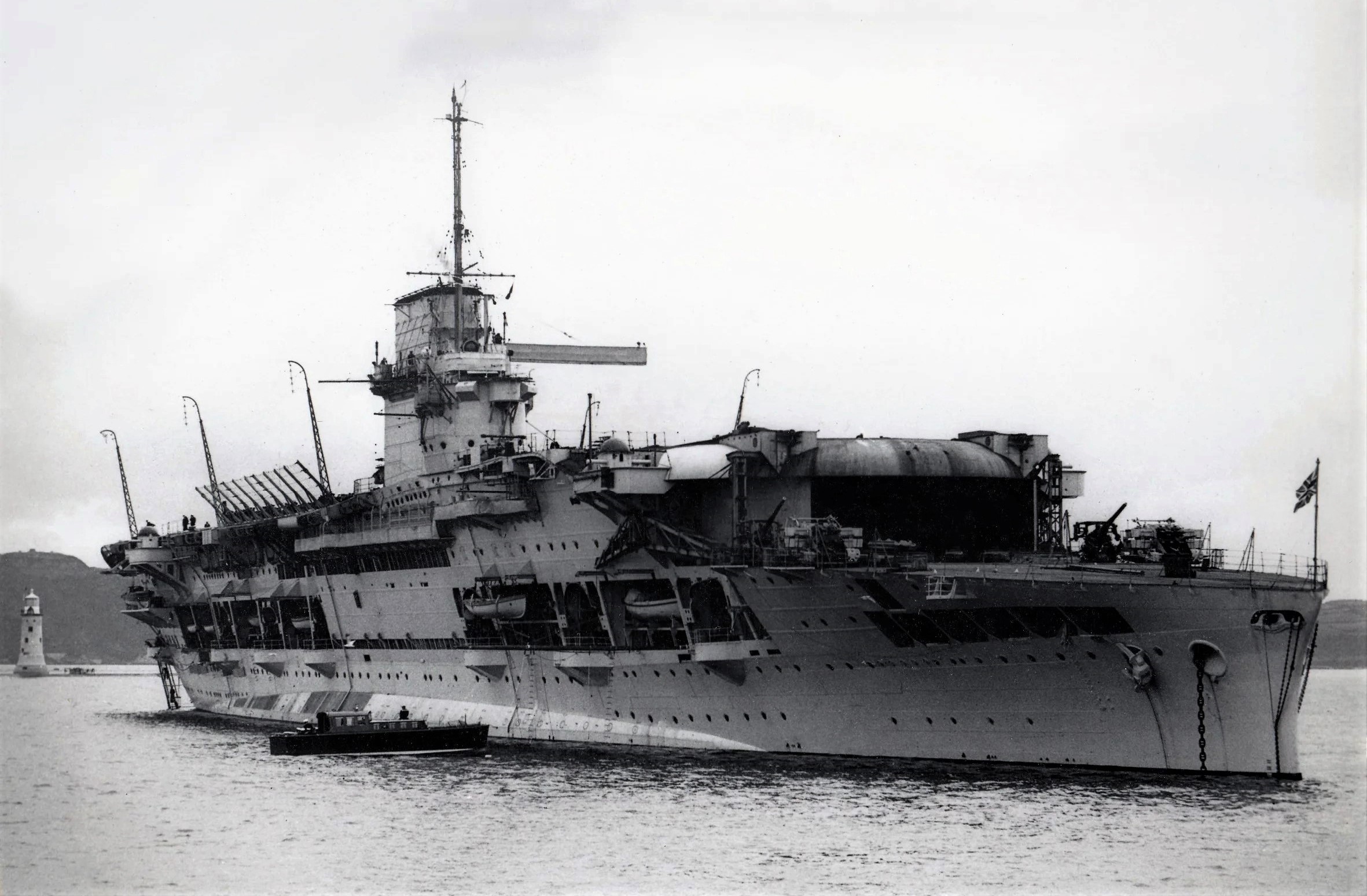 HMS Glorious was the second of the three Courageous-class battlecruisers built for the Royal Navy during the First World War. Designed to support the Baltic Project championed by the First Sea Lord, Lord Fisher, they were relatively lightly armed and armoured. Glorious was completed in late 1916 and spent the war patrolling the North Sea. She participated in the Second Battle of Heligoland Bight in November 1917 and was present when the German High Seas Fleet surrendered a year later.Glorious was paid off after the war, but was rebuilt as an aircraft carrier during the late 1920s. She could carry 30 per cent more aircraft than her half-sister Furious which had a similar tonnage. After re-commissioning in 1930, she spent most of her career operating in the Mediterranean Sea. After the start of the Second World War in 1939, Glorious spent the rest of the year unsuccessfully hunting for the commerce-raiding German cruiser Admiral Graf Spee in the Indian Ocean before returning to the Mediterranean. She was recalled home in April 1940 to support operations in Norway. While evacuating British aircraft from Norway in June, the ship was sunk by the German battleships Scharnhorst and Gneisenau in the North Sea with the loss of over 1,200 lives.

Glorious photographed in May 1940 from the deck of Ark Royal; the destroyer with her is Diana

The planes were from Bardufoss Airfield. 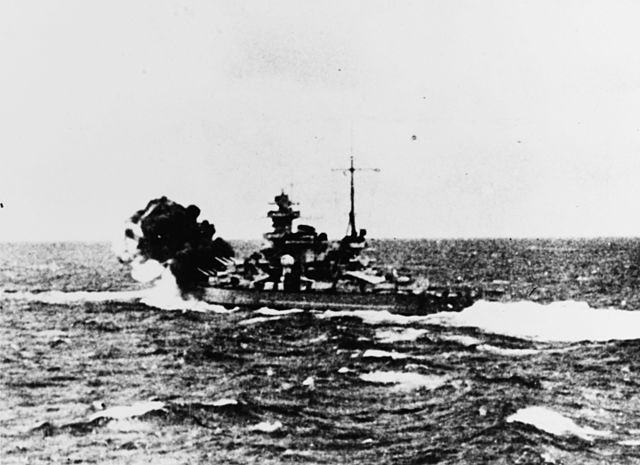 That's close to Tromso where those bizarre spiral lights came from. The RN ignored intelligence. You're in a war zone and you don't post a lookout or take any precautions. You'd think he was a Pearl Harbor devotee to be. The only other rationale I can think of was to give the Germans something to shoot while Devonshire escaped. She increased speed and prepared her guns for action.

I see there was a plan to attack a Swedish port.

The French were taking out heavy water in 1940. I'd be surprised if the Brits weren't after their share. Perhaps that was the reason for ordering the air assault. The backup plan may have had the fighters deliver it. If they were at risk of capture, then better the Germans finish them off and send the water to the bottom. Leave the sailors to die so no one learns about the coming nuclear agenda. Without the captain, there's no court martial of Heath. The attack would be forgotten. We'll have to mark the calendar for 2041 to find out. It must be good.

The Deuxième Bureau (French military intelligence) directed three French agents (Captain Muller and Lieutenants Mossé and Knall-Demars) to remove the world's extant supply, 185 kg (408 lb), of heavy water from the Vemork plant in then-neutral Norway in 1940. Norsk Hydro general director Axel Aubert agreed to lend the heavy water to France for the duration of the war, noting that if Germany won the war he would probably be shot. Transportation was difficult, since the Abwehr (German military intelligence) was present in Norway and had been alerted of ongoing French activities in Norway (although they were not specifically warned about heavy water). If they had become aware of the shipment, they might have tried to intercept it. The French transported it secretly to Oslo, then to Perth, Scotland, and finally to France.