New Atlantis is an incomplete utopian novel by Sir Francis Bacon, published posthumously in 1626. It appeared unheralded and tucked into the back of a longer work of natural history, Sylva sylvarum (forest of materials). In New Atlantis, Bacon portrayed a vision of the future of human discovery and knowledge, expressing his aspirations and ideals for humankind. The novel depicts the creation of a utopian land where "generosity and enlightenment, dignity and splendour, piety and public spirit" are the commonly held qualities of the inhabitants of the mythical Bensalem. The plan and organisation of his ideal college, Salomon's House (or Solomon's House), envisioned the modern research university in both applied and pure sciences.

New Atlantis first appeared in the back of Sylva sylvarum, a rather thorny work of natural history that was published by William Rawley, Bacon's secretary, chaplain and amanuensis in 1626. When Sylva was entered into the Stationers' Register of July 4th, 1626 (three months after Bacon's death) no mention was made of New Atlantis, and it was not until 1670 that it was included on Sylva's letterpress title page (unlike Historia vitae et mortis which received that accolade in 1651). It was not until 1676 that the two works were published with continuous signatures, with the first edition of the Sylva being 'printed for J. H. for William Lee', while New Atlantis was, according to McKerrow, 'perhaps printed by Mathewes'. After New Atlantis was a two-page piece called Magnalia naturae, which most commentators tend to ignore, probably because it is difficult to link it to either Sylva or New Atlantis with any surety. It was published as an individual text by Thomas Newcomb in 1659, but in general New Atlantis appears to have been a text that no-one quite knew what to do with. Certainly Rawley's letter To The Reader indicates that he was less than clear as to its purpose, even though he later published it in Latin translation within the collection Operum moralium et civilium tomus (1638). In 1659 Thomas Bushell referred to the work in his Mineral Prosecutions, while in 1660 a certain R. H. published a continuation of New Atlantis and in 1662 an explicitly Rosicrucian version appeared as the preface to John Heydon's Holy Guide. 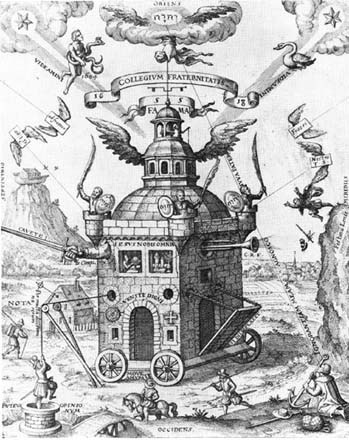 The novel depicts a mythical island, Bensalem, which is discovered by the crew of a European ship after they are lost in the Pacific Ocean somewhere west of Peru. The minimal plot serves the gradual unfolding of the island, its customs, but most importantly, its state-sponsored scientific institution, Salomon's House, "which house or college ... is the very eye of this kingdom."

Many aspects of the society and history of the island are described, such as the Christian religion – which is reported to have been born there as a copy of the Bible and a letter from the Apostle Saint Bartholomew arrived there miraculously, a few years after the Ascension of Jesus; a cultural feast in honour of the family institution, called "the Feast of the Family"; a college of sages, the Salomon's House, "the very eye of the kingdom", to which order "God of heaven and earth had vouchsafed the grace to know the works of Creation, and the secrets of them", as well as "to discern between divine miracles, works of nature, works of art, and impostures and illusions of all sorts"; and a series of instruments, process and methods of scientific research that were employed in the island by the Salomon's House.

The interlocutors include the governor of the House of Strangers, Joabin the Jew, and the Head of Salomon's House.

The inhabitants of Bensalem are described as having a high moral character and honesty, no official accepting any payment from individuals, and the people being described as chaste and pious, as said by an inhabitant of the island:

But hear me now, and I will tell you what I know. You shall understand that there is not under the heavens so chaste a nation as this of Bensalem; nor so free from all pollution or foulness. It is the virgin of the world. I remember I have read in one of your European books, of an holy hermit amongst you that desired to see the Spirit of Fornication; and there appeared to him a little foul ugly Aethiop. But if he had desired to see the Spirit of Chastity of Bensalem, it would have appeared to him in the likeness of a fair beautiful Cherubim. For there is nothing amongst mortal men more fair and admirable, than the chaste minds of this people. Know therefore, that with them there are no stews, no dissolute houses, no courtesans, nor anything of that kind.

In the last third of the book, the Head of the Salomon's House takes one of the European visitors to show him all the scientific background of Salomon's House, where experiments are conducted in Baconian method to understand and conquer nature, and to apply the collected knowledge to the betterment of society. Namely: 1) the end of their foundation; 2) the preparations they have for their works; 3) the several employments and functions whereto their fellows are assigned; 4) and the ordinances and rites which they observe.

He portrayed a vision of the future of human discovery and knowledge. The plan and organisation of his ideal college, "Salomon's House", envisioned the modern research university in both applied and pure science.

In describing the several employments and functions to which the members of the Salomon's House are assigned, the Head of the college said:

“For the several employments and offices of our fellows, we have twelve that sail into foreign countries under the names of other nations (for our own we conceal), who bring us the books and abstracts, and patterns of experiments of all other parts. These we call merchants of light.

“We have three that collect the experiments which are in all books. These we call depredators.

“We have three that collect the experiments of all mechanical arts, and also of liberal sciences, and also of practices which are not brought into arts. These we call mystery–men.

“We have three that try new experiments, such as themselves think good. These we call pioneers or miners.

“We have three that draw the experiments of the former four into titles and tables, to give the better light for the drawing of observations and axioms out of them. These we call compilers.

“We have three that bend themselves, looking into the experiments of their fellows, and cast about how to draw out of them things of use and practice for man's life and knowledge, as well for works as for plain demonstration of causes, means of natural divinations, and the easy and clear discovery of the virtues and parts of bodies. These we call dowry–men or benefactors.

“Then after diverse meetings and consults of our whole number, to consider of the former labours and collections, we have three that take care out of them to direct new experiments, of a higher light, more penetrating into nature than the former. These we call lamps.

“We have three others that do execute the experiments so directed, and report them. These we call inoculators.

“Lastly, we have three that raise the former discoveries by experiments into greater observations, axioms, and aphorisms. These we call interpreters of nature."

Even this short excerpt demonstrates that Bacon understood that science requires analysis and not just the accumulation of observations. Bacon also foresaw that the design of experiments could be improved.

In describing the ordinances and rites observed by the scientists of Salomon's House, its Head said:

We have certain hymns and services, which we say daily, of Lord and thanks to God for His marvellous works; and some forms of prayer, imploring His aid and blessing for the illumination of our labors, and the turning of them into good and holy uses.

And finally, after showing all the scientific background of Salomon's House, he gave the European visitor permission to publish it:

And when he had said this, he stood up; and I, as I had been taught, kneeled down, and he laid his right hand upon my head, and said; "God bless thee, my son; and God bless this relation, which I have made. I give thee leave to publish it for the good of other nations; for we here are in God's bosom, a land unknown."