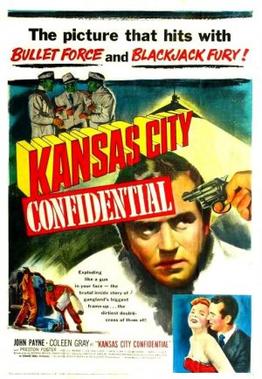 Kansas City Confidential is a 1952 American film noir and crime film directed by Phil Karlson starring John Payne and Coleen Gray. The film was released in the United Kingdom as The Secret Four. Karlson and Payne teamed a year later for 99 River Street, another film noir, followed by Hell's Island, a film noir in color. 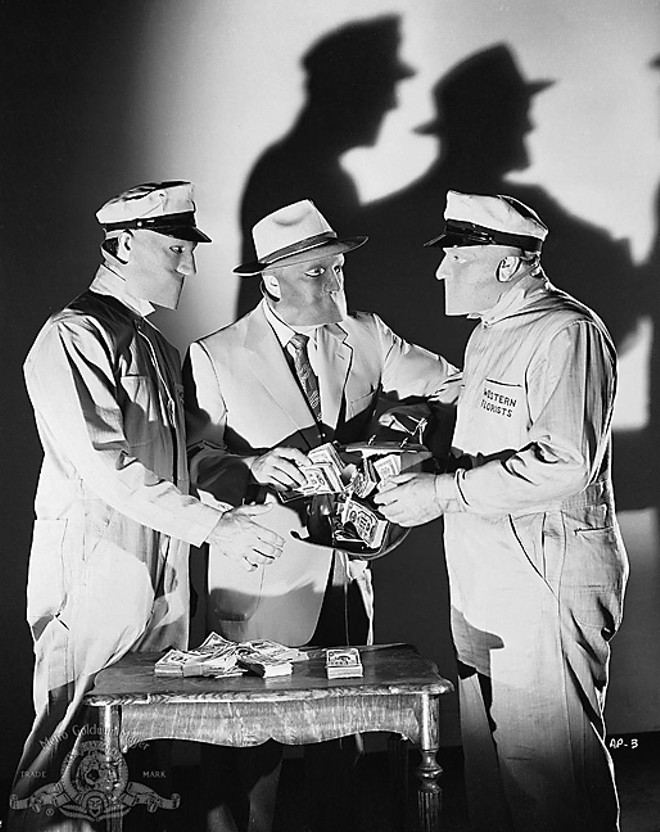 A nameless, ruthless man (Preston Foster) who identifies himself as Mr. Big is timing to the minute the arrival of two trucks. One is an armored car routinely picking up bags containing lots of money from a bank. The other truck delivers to a flower shop next door. The man's timing shows that, for a very few minutes, the schedule of both trucks coincidentally parks them next to each other. He is casing the armored car. He needs a gang to help him rob it. He selects three men for the gang—the addictive gambler Peter Harris (Jack Elam) wanted for murder, gum-chewing thug Boyd Kane (Neville Brand) and the womanizing Tony Romano (Lee Van Cleef). When interviewing them, he wears a mask so they cannot identify him. He has selected them because each has a reason for fleeing the US. They will fit perfectly into Mr. Big's complex plan, which appears to be an ordinary robbery but is much more.

Part of his plan involves making an innocent patsy out of the floral truck driver and ex-con Joe Rolfe (John Payne), a look-alike getaway truck that the police will pursue instead of Mr. Big's truck, to buy time to successfully escape the country. The robbery and pursuit go just as Mr. Big has planned. Each wearing a mask so none can identify each other, he and his gang arrive in a look-alike floral truck as Rolfe, unaware, drives away. Big and his gang subdue the armored car guards in four minutes, grab bags containing $1.2 million and flee, knowing that Rolfe's distinctive getaway truck will be mistaken for his. Escaping, Mr. Big gives each gang member a torn king playing card. He tells them, "Hang on to those cards. We'll cut up the money when I think it's had time enough to cool off. I've got everything covered, but in case something does go wrong, and I can't make the payoff myself, the cards will identify you to whoever I send with the money." When the gang members object, Big tells them, intensely, "You can't even rat on each other because you've never seen each other without those masks. I've made you cop-proof and stoolpigeon-proof and it's going to stay that way. Keep those masks. You'll be wearing them at the payoff." The mystery man sends the other three to other countries to wait for the final payout. 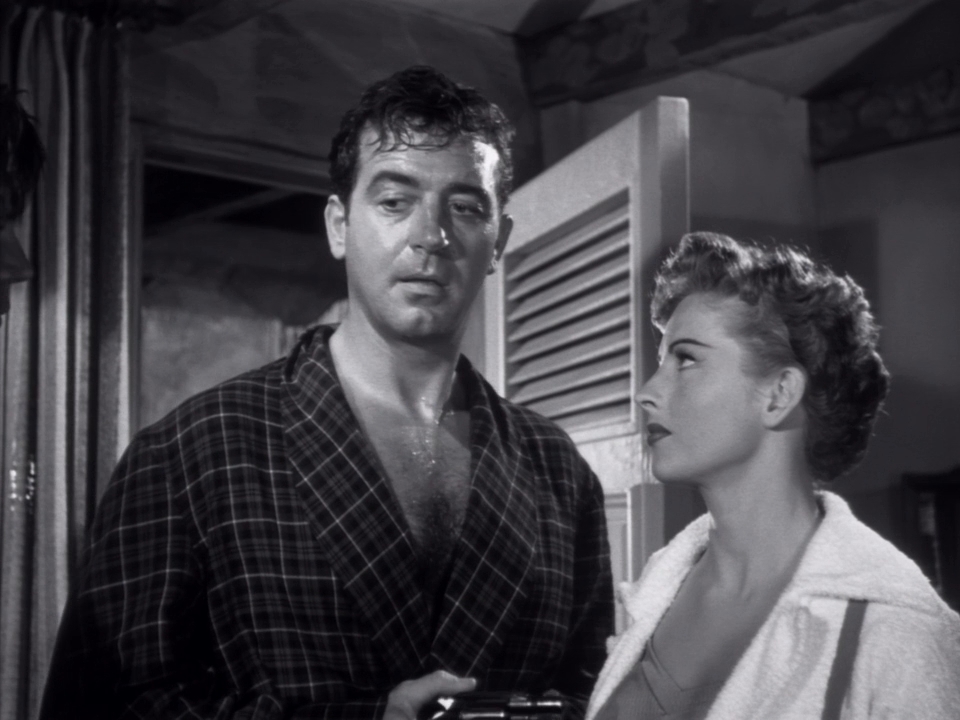 As Mr. Big has planned, the police, brutal, corrupt and somewhat stupid, run down Rolfe and, wrongly concluding that since he's an ex-con he must have been one of the robbers, submit him to third-degree grilling, but he maintains his innocence. Finally, he is released when his alibi checks out and the real getaway truck is found, and the bank's insurance company tells him that, if he should happen to run across the stolen money, they will pay a 25% reward. As he's released, Rolfe, a Bronze Star and Purple Heart-earning former soldier accustomed to hardship, sees that he's lost his job; he's broke and everything he's worked for since he got out of prison is ruined. After three weeks of unemployment and the prime suspect on the pages of every newspaper, he is at the end of his rope. He decides that, with nothing to lose, he will find the criminals and clear his name. Confiding his plan to a bartender friend with ties to the underworld, the friend tells of rumors that gambler Peter Harris, wanted and with no money or way of escape, suddenly has money and has fled the city. Believing Harris must be one of the robbers, Rolfe pursues him to Tijuana and looks for him in illegal gambling joints. 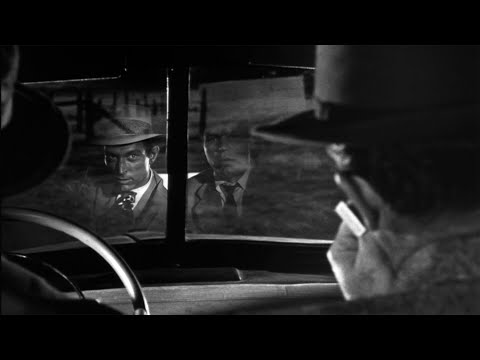