TEV Wahine was a twin-screw, turbo-electric, roll-on/roll-off passenger and vehicle ferry. She was launched in 1965, at the Fairfield Shipbuilding and Engineering Company in Govan, Scotland, and worked the New Zealand inter-island route between Wellington and Lyttelton from 1966.

On 10 April 1968, near the end of a routine northbound overnight crossing from Lyttelton, she was caught in a fierce storm stirred by Tropical Cyclone Giselle. She foundered after running aground on Barrett Reef, capsized and sank in the shallow waters near Steeple Rock at the mouth of Wellington Harbour. Of the 734 people on board, 53 people died from drowning, exposure to the elements, or from injuries sustained in the hurried evacuation and abandonment of the stricken vessel. 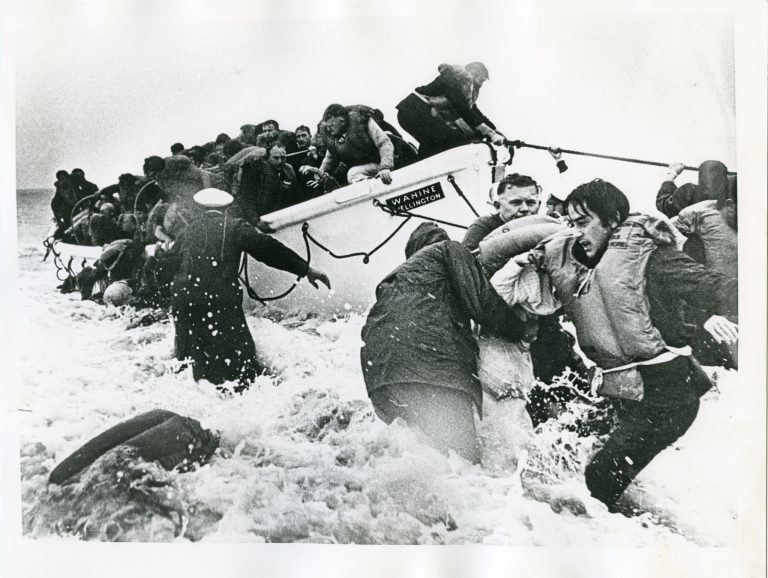 Radio and television captured the drama as it happened, within a short distance of shore of the eastern suburbs of Wellington, and flew film overseas for world news.