Our martyred President. The life and public services of Gen. James A. Garfield. Together with the history of his assassination 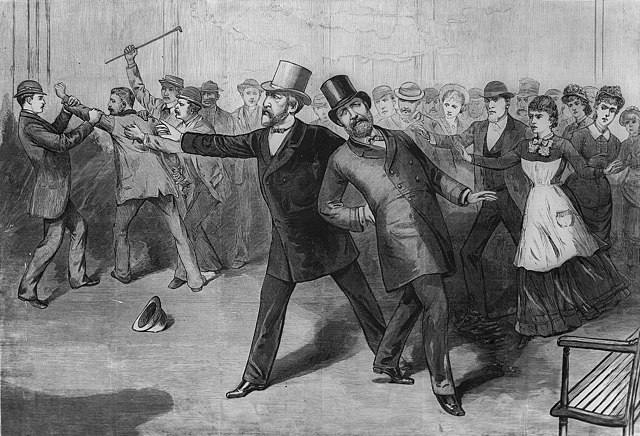 The assassination of James A. Garfield, the 20th President of the United States, began when he was shot at 9:30 am on July 2, 1881, less than four months into his term as President, and ended in his death 79 days later on September 19, 1881. He was shot by Charles J. Guiteau at the Baltimore and Potomac Railroad Station in Washington, D.C., and died in Elberon, New Jersey. Guiteau's motive was revenge against Garfield for an imagined political debt.