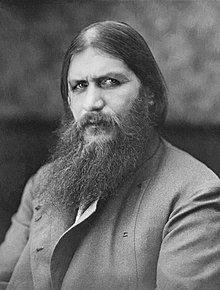 Born to a peasant family in the Siberian village of Pokrovskoye in the Tobolsk governorate (now Tyumen Oblast), Rasputin had a religious conversion experience after taking a pilgrimage to a monastery in 1897. He has been described as a monk or as a "strannik" (wanderer, or pilgrim), though he held no official position in the Russian Orthodox Church. After traveling to St. Petersburg, either in 1903 or the winter of 1904–05, Rasputin captivated some church and social leaders. He became a society figure, and met the Tsar in November 1905. 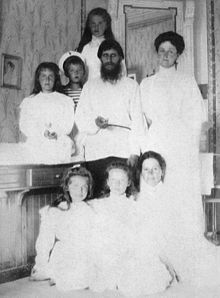 In late 1906, Rasputin began acting as a healer for Alexei, the Tsar and his wife Alexandra's only son, who suffered from hemophilia. At court, he was a divisive figure, seen by some Russians as a mystic, visionary, and prophet, and by others as a religious charlatan. The high point of Rasputin's power was in 1915, when Nicholas II left St. Petersburg to oversee Russian armies fighting World War I, increasing both Alexandra and Rasputin's influence. As Russian defeats in the war mounted, however, both Rasputin and Alexandra became increasingly unpopular. In the early morning of 30 December [O.S. 17 December] 1916, Rasputin was assassinated by a group of conservative noblemen who opposed his influence over Alexandra and the Tsar.

Historians often suggest that Rasputin's terrible reputation helped discredit the tsarist government, and thus helped precipitate the overthrow of the Romanov dynasty, which happened a few weeks after he was assassinated. Accounts of his life and influence were often based on hearsay and rumor.

Some writers – including Oleg Shishkin, Andrew Cook, Richard Cullen, and Michael Smith have suggested that agents of the British Secret Intelligence Service (BSIS) were involved in Rasputin's assassination. According to this theory, British agents were concerned that Rasputin was urging the tsar to make a separate peace with Germany, which would allow Germany to concentrate its military efforts on the Western Front. The theory suggests, in other words, that British agents played an active role in Rasputin's assassination in order to keep Russia in the war and force Germany to keep defending the Eastern Front. While there are several variants of this theory, in general they suggest that British intelligence agents under the command of Samuel Hoare, and in particular Oswald Rayner – who had attended Oxford University with Yusopov – were directly involved in planning and carrying out the assassination, or that Rayner had personally shot Rasputin. However, historians do not seriously consider this theory. According to historian Douglas Smith, "there is no convincing evidence that places any British agents at the murder scene". Historian Keith Jeffrey has stated that if British Intelligence agents had been involved in the assassination of Rasputin, "I would have expected to find some trace of that" in the MI6 archives, but that no such evidence exists.