The gmae plan of the aliens is to eliminate the carbon based life I feel. This is a method. 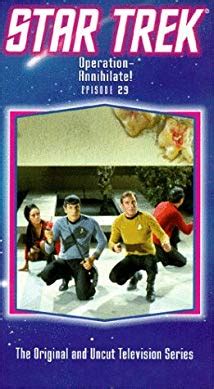 Click on the little head for english. It's the second option.

"Operation -- Annihilate!" is the twenty-ninth and final episode of the first season of the American science fiction television series Star Trek. Written by Stephen W. Carabatsos and directed by Herschel Daugherty, it was first broadcast April 13, 1967.

In the episode, the crew of the USS Enterprise must find a way to exterminate behavior-altering parasites that have taken over the bodies of residents of a Federation colony. 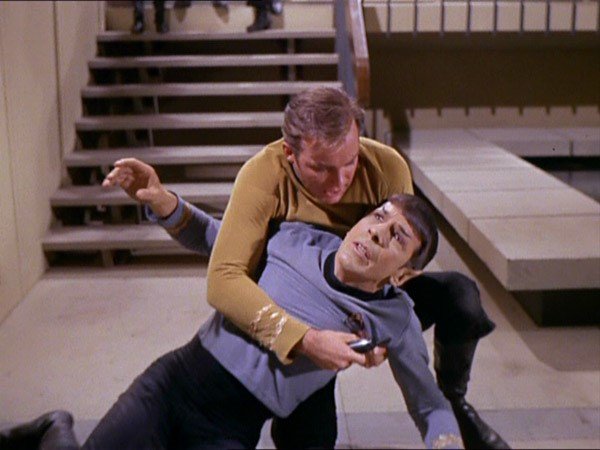 PlotThe Federation starship USS Enterprise is tracking a path of mass insanity that has affected several planets, causing the collapse of their civilizations. They approach Deneva, a Federation colony where Captain Kirk's (William Shatner) brother, Sam, has been stationed along with Sam's wife Aurelan and son, Peter. On entering the system, they witness a ship dive into the local sun, its pilot raving incoherently about being "free" before the ship is destroyed. 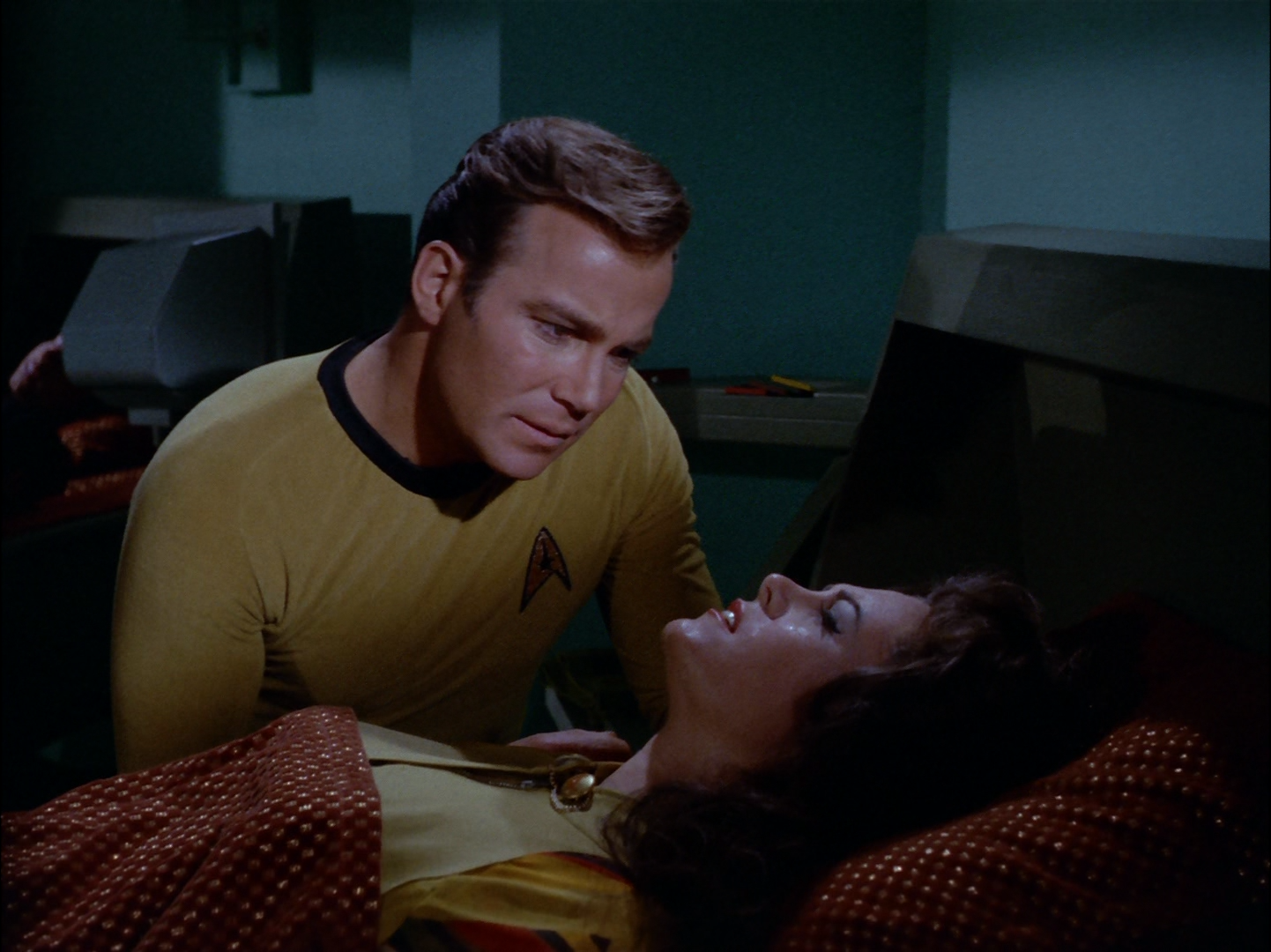 Transporting to Deneva's main city, Kirk, First Officer Spock (Leonard Nimoy), Chief Medical Officer Dr. McCoy (DeForest Kelley) and a security detail find the town quiet. A group of men armed with clubs try to warn the landing party away, and then attack. Kirk has the men stunned, but McCoy finds that their brains are still being violently stimulated. The party locates the Kirk family home; Sam is dead (William Shatner lying motionless on the floor), while Aurelan (Joan Swift) acts irrationally before passing out and Peter (Craig Hundley) is comatose. Kirk and McCoy return with the survivors to the Enterprise, where McCoy finds they are suffering from a condition similar to that of their attackers. McCoy gives both painkillers, and Aurelan wakes briefly to tell Kirk of horrible "things" spreading from planet to planet, using others' bodies to build ships. 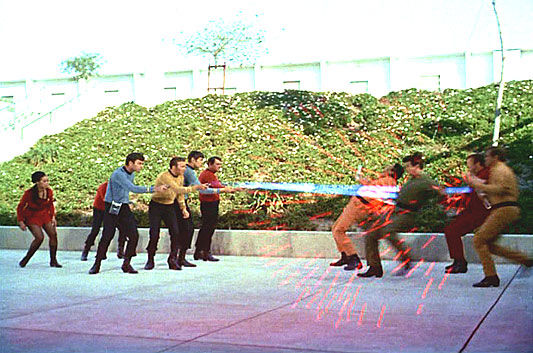 Kirk returns to the planet and joins Spock in search for these entities. They find a number of single-celled creatures attached to the walls and ceiling of one building. The creatures fly, and attempt to attack the humans; the landing party finds they are nearly immune to phaser fire. One makes contact with Spock before Kirk can pry it off, and Spock falls in pain. They transport back to the Enterprise, and McCoy determines that the creature has injected some of its tissue into Spock's spinal column; it will be impossible to remove surgically. When Spock regains consciousness, he is able to break free of his bonds and attempts to take control of the ship but McCoy sedates him in time. Later, Spock apologizes to Kirk and asserts that his mental discipline can control the pain, but that he must return to the surface to acquire a specimen to study. Kirk and McCoy agree, and Spock, on return to the colony, is able to stun a creature. Returning to the Enterprise, Spock determines that the creatures are part of a hive mind, and apparently indestructible. They recall the ship pilot that claimed he was free before diving into the sun, and suspect the sun's properties may harm the creatures. Despite numerous tests, Spock and McCoy fail to find a solution.

Kirk holds a senior staff meeting, asserting they must find a solution before the creatures reach the next inhabited planet, holding over a million people; a solution that doesn't kill the hosts. While using a computer, he realizes that they have not tried visible light as a means to defeat the creatures. An initial test of blinding light results in the death of the specimen in sick bay. Spock then volunteers to be exposed to an intense beam of light, without eye protection, to prove that a creature infecting a host can be killed. Though the test is successful, Spock is now blind. Analysis of the initial test shows that only ultraviolet light was necessary to kill the creature. The Enterprise floods the colony with ultraviolet light from an array of satellites, killing the creatures on the planet and purging the parasites from the survivors. As the Enterprise prepares to leave orbit, Spock reveals that his Vulcan inner eyelids had prevented permanent blindness and that he can see again.