This is a very intense episode. It opens the gates of hell and speaks about the dogs guarding it. The dogs named cerberus are the dogs of hell. Cerberus Capital Management owned Remington the gun maker. Stephanie Sledge makes note of this in her book on SH. Newtown is also home to the Church of Satan. Is this a hint it was a family affair? Familia has deep overtones. 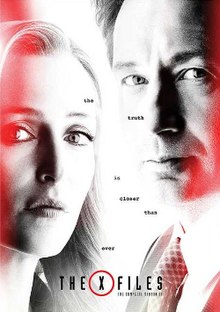 The eleventh season of the American science fiction television series The X-Files premiered on January 3, 2018, on Fox. The season consists of ten episodes and concluded on March 21, 2018. It follows newly re-instated Federal Bureau of Investigation (FBI) agents Fox Mulder (David Duchovny) and Dana Scully (Gillian Anderson). The season's storyline picks up directly after last season's finale and the search for Mulder and Scully's son William is the main story arc of the season. 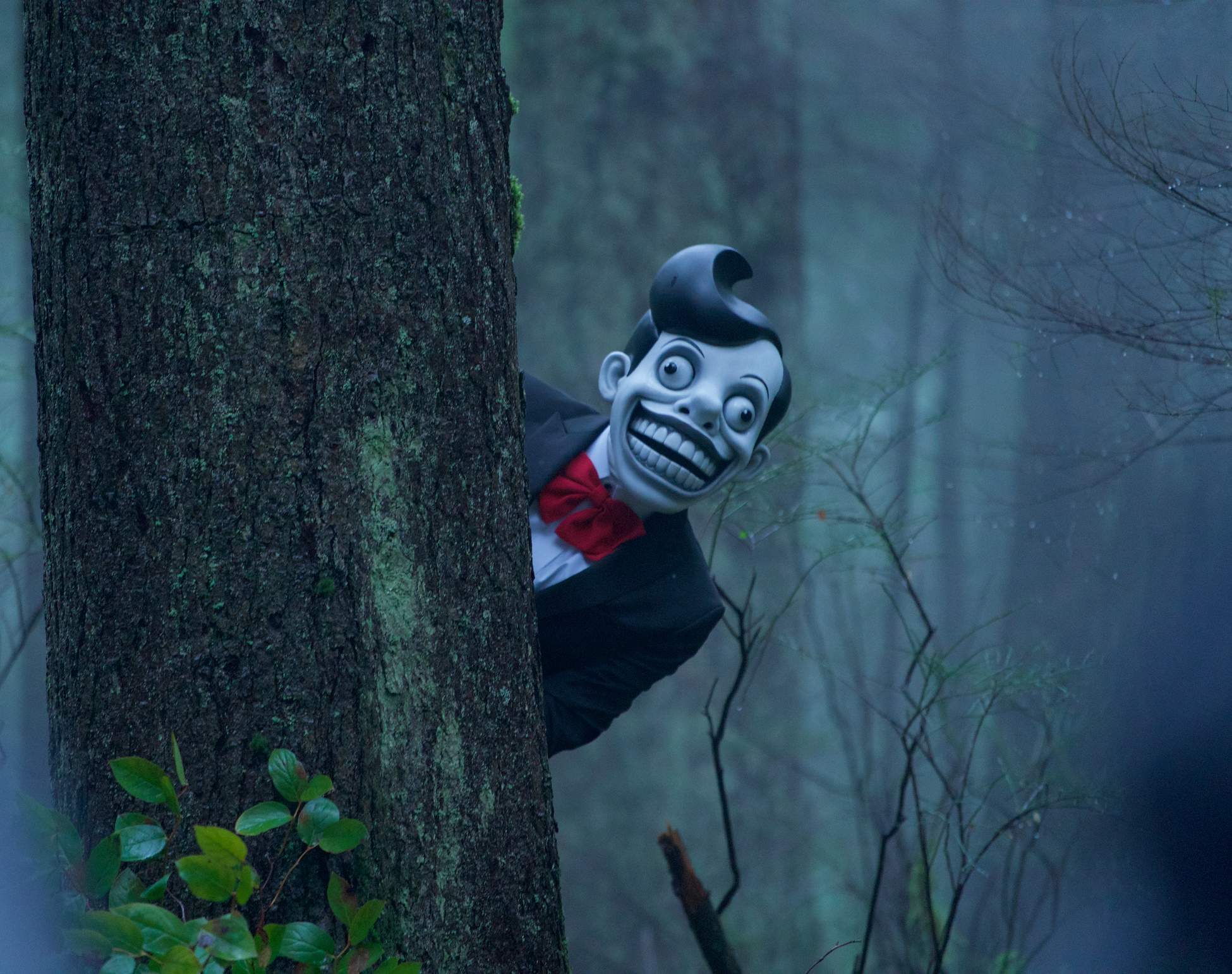 Dana Scully (Gillian Anderson) wakes up in the hospital after having a seizure, now realizing the events of My Struggle II were a vision and haven't actually happened yet. Mulder initially presumes Scully’s ramblings are a product of her illness but leaves the hospital to investigate. Agent Jeffrey Spender later appears at Scully’s bedside, revealing that someone is looking for William. He first balks at telling her the location of her son, revealing only the name of the family that adopted him - Van De Kamp. Mulder tails a henchman who he believes will take him to The Smoking Man, but he arrives somewhere else with mysterious conspirators; Mr. Y (A.C. Peterson) and Erika Price (Barbara Hershey). They try to negotiate with Mulder into turning over his son but Mulder refuses. Walter Skinner (Mitch Pileggi) tries to meet with Scully, but can't find her. As he goes to his car, he is met inside by The Smoking Man and Reyes. Meanwhile, Scully tries to leave the hospital but her seizures return causing her to crash her car. She is rescued by Agent Einstein and Agent Miller, and is readmitted to the hospital. Both agents leave the room. An assassin sent by Mr. Y and Erika enters and tries to suffocate Scully, but Mulder steps in and saves her by slicing the assassin's neck. As Skinner comes in, Mulder confronts him since he smells like smoke. In a flashback to when Skinner was in the car with the Smoking Man, the latter reveals (in a further flashback to 17 years, "En Ami") that he, not Mulder, artificially impregnated Scully. 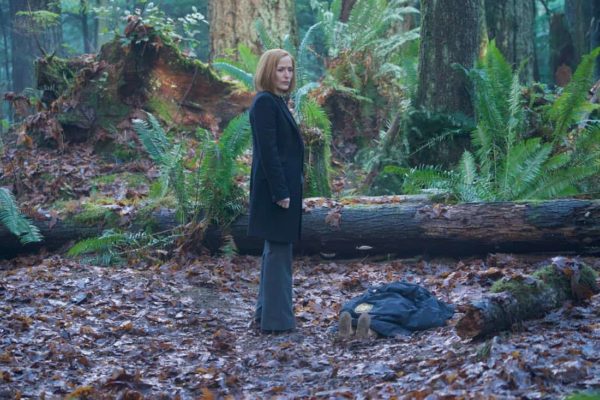 "Familiar" is the eighth episode of the eleventh season of the American science fiction television series The X-Files. The episode was written by Benjamin Van Allen, and directed by Holly Dale. It aired on March 7, 2018, on Fox.

The show centers on FBI special agents who work on unsolved paranormal cases called X-Files; focusing on the investigations of Fox Mulder (David Duchovny), and Dana Scully (Gillian Anderson) after their reinstatement in the FBI. In this episode, Mulder and Scully investigate the brutal animal attack of a little boy in Connecticut, while suspecting darker forces are at play. 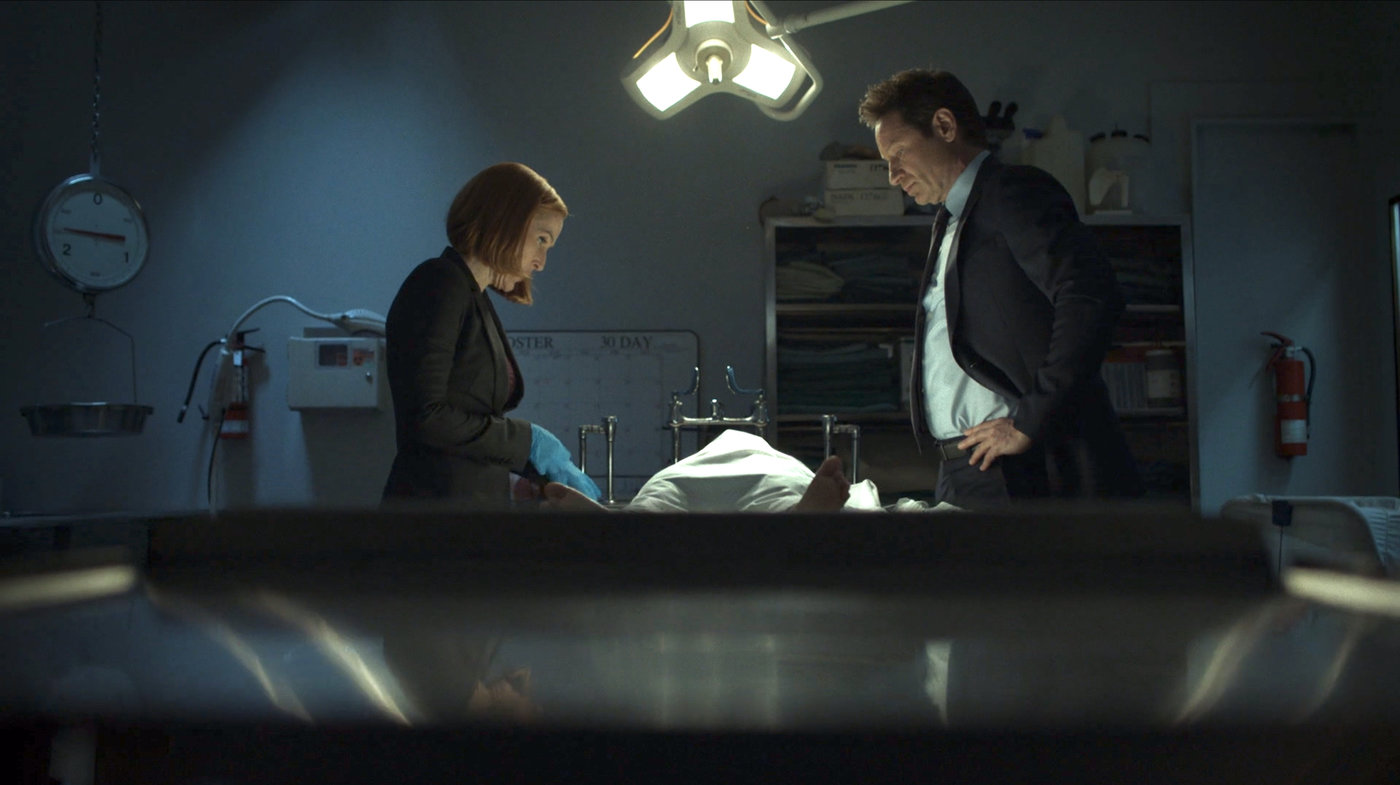 At a park in Eastwood, Connecticut, a little boy named Andrew sings a theme song from a children's show while playing with his "Mr. Chuckleteeth" toy. While Andrew's mother, Diane, is distracted by a phone call, the boy spots a life-sized version of Mr. Chuckleteeth meandering in the forest. When she turns around, Andrew has disappeared. As Diane frantically searches for the boy, Andrew has followed Mr. Chuckleteeth into the forest. A few hours later, a group of police investigators, including Andrew’s father Rick, discover Andrew's mangled corpse.

Because the killing of a law enforcement officer's child puts the case under FBI jurisdiction, Fox Mulder and Dana Scully investigate. While Mulder initially suggests that the culprit could be a coywolf or, more exotically, a hellhound, Scully observes during the boy's autopsy that the neck injuries which killed the boy were most consistent with being shaken to death. Mulder finds a substance resembling sand or salt on the boy's ankle. While the town gathers to mourn the death of the boy, Mulder goes to the house of Chief Strong, head of the local police. Mulder notes they have several books on the town's history, which includes witchcraft trials. He interviews the chief's daughter Emily, who was with Andrew at the park. Emily tells Mulder and her mother Anna that she saw Mr. Chuckleteeth in the forest before Andrew was killed.

Back at the police department, Rick searches the sex offender database and finds a man named Melvin Peter. When Scully and Chief Strong look for Rick, they spot him racing away in a patrol car. Chief Strong and Scully chase after him. Rick reaches Peter's house and breaks in, brandishing a gun. Mulder, Scully, and Chief Strong find that Peter is not home, but discover numerous pictures of Peter performing as a clown at children’s parties. Peter's closet contains a caged monkey, clown costumes, and a Mr. Chuckleteeth mask and shoes. Meanwhile, Emily is lured outside her house by a character from one of her children's programs standing on her lawn. She is later found dead, murdered in the same manner as Andrew. Mulder notices a salt circle around the body, suggesting use of witchcraft. 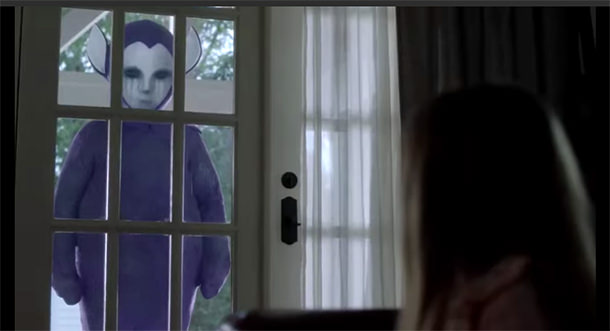 When Peter returns to the neighborhood, Rick attacks him. Mulder confronts Chief Strong and forces him to admit that he has been unfaithful to his wife, knows witchcraft is involved and that Peter is not their suspect. At the park, a crowd gathers to watch Rick brutally beat Peter, who denies killing the children. The police arrive and try to disperse the mob; when they fail, Mulder fires his gun into the air. Rick is taken off of Peter, but suddenly pulls his service weapon and shoots Peter in the head. After Rick is put on bail, he goes home to confront Diane about an affair she had with Chief Strong. Diane leaves the house and drives to a freeway. There, she runs into the hellhound in Andrew's form and flips her car when swerving to avoid it. 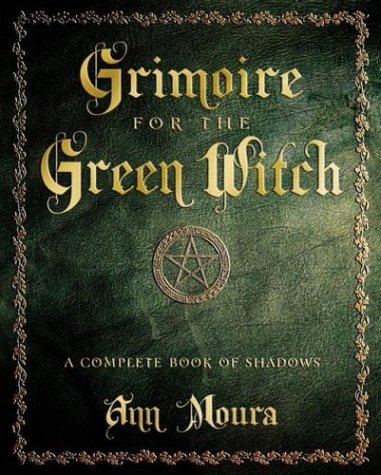 Rick breaks into Chief Strong’s house, where he encounters Mr. Chuckleteeth. Rick chases Mr. Chuckleteeth to the front of the house, where he finds Chief Strong has come home and is now pointing a gun at him. Mulder and Scully arrive to find that Chief Strong has shot Rick dead. After fleeing his house, Chief Strong finds Diane's overturned car on the road and follows what appears to be Diane into the woods, failing to notice her mauled corpse on the forest floor (having been killed by the demon). Mulder and Scully visit the park where Andrew disappeared and head into the woods. Chief strong finds his wife, Anna, standing in a salt circle in the woods holding a grimoire. As Strong comes to realize his wife summoned the demon to get revenge on Diane for the affair, the hellhound kills him. Mulder and Scully find Anna standing over Chief Strong's body and rush over to stop her. Anna casts another spell, causing her to suddenly burst into flames and die. Afterwards, Scully and Mulder leave the town. As they drive away, a piece of playground equipment starts spinning on its own.