Apocalypse 1945: The Destruction of Dresden 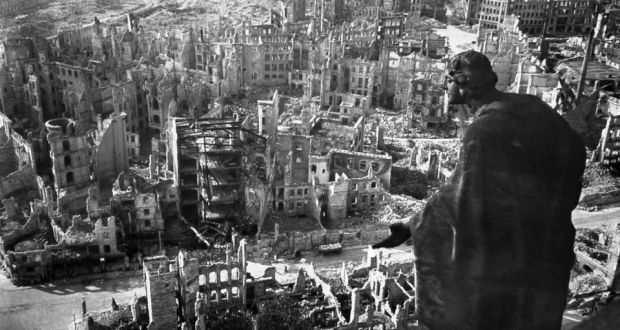 At 10 p.m. on February 13-14, 1945, the Master Bomber broadcast the cryptic order: 'Controller to Plate-Rack Force: Come in and bomb glow of red T.I.s as planned.' The ill-famed R.A.F. attack on Dresden had begun. The target city was among Germany's largest, but had little military or industrial value. It was a center for the evacuation of wounded servicemen, and schools, restaurants, and public buildings had been converted into hospitals. 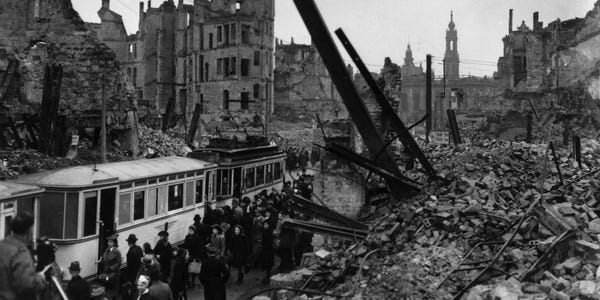 The authorities expected that this, a city often compared with Florence for its graceful Baroque style, would be spared. By 1945 the legend was deeply entrenched that Dresden would never be bombed. It was not to be. In February 1945 with the war's political and military directors meeting at Yalta, Mr Winston Churchill urgently needed some display of his offensive strength and of his willingness to assist the Russians in their drive westwards. Dresden just seven miles behind the eastern Front, became the victim of Mr Churchill's desire for a spectacular 'shattering blow'. As things turned out this, the most crushing air-raid of the war, was not delivered until the Yalta conference ended. 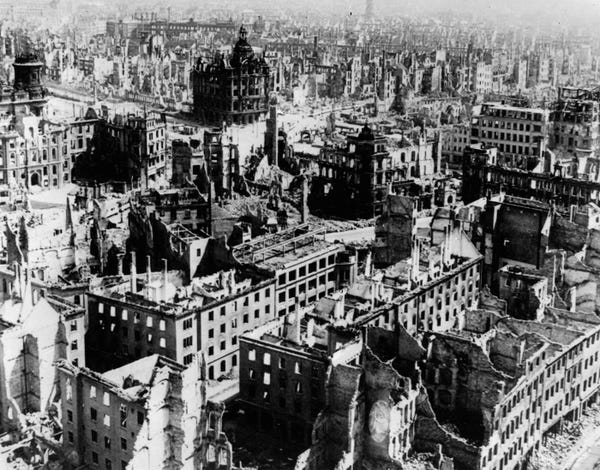 The city was undefended - even the Luftwaffe night fighter force was grounded. There were no proper air raid shelters. Dresden was housing hundreds of thousands of refugees from Silesia, East Prussia, and western Germany, in addition to its own population of 630,000 Up to a hundred thousand people, perhaps more, were killed in two or three hours, burned alive, that night. Yet until the first edition of this book appeared in 1963 the raid scarcely figured in the Allied war histories. A veil had been drawn across this tragedy.

Stung by foreign revulsion at this new St Valentine's Day massacre, the British prime minister - who had ordered it - penned an angry minute to his Chief of Staff, even before the war ended, rasping that 'the destruction of Dresden remains a serious query against the conduct of allied bombing'. It is from this remarkably forgetful minute that the sub-title of this documentary account is taken. For the first time the full story, omitting nothing, of the history.