The video is age restrticted. A 1960's TV show. Hardly likely. Anyway go to the bottom of the Daily Motion page and turn off the filter by clicking on it. Of course, then some bare buns will be visible, but who told you you were naked. It wasn't me.

Out of the Unknown is a British television science fiction anthology drama series, produced by the BBC and broadcast on BBC2 in four series between 1965 and 1971. Each episode was a dramatisation of a science fiction short story. Some were written directly for the series, but most were adaptations of already-published stories.

The first three years were exclusively science fiction, but that genre was abandoned in the final year in favour of horror/fantasy stories. A number of episodes were wiped during the early 1970s, as was standard procedure at the time. A large number of episodes are still missing, although in recent years they have occasionally turned up—for example, "Level Seven" from series two, originally broadcast on 27 October 1966, was returned to the BBC from the archives of a European broadcaster in January 2006. 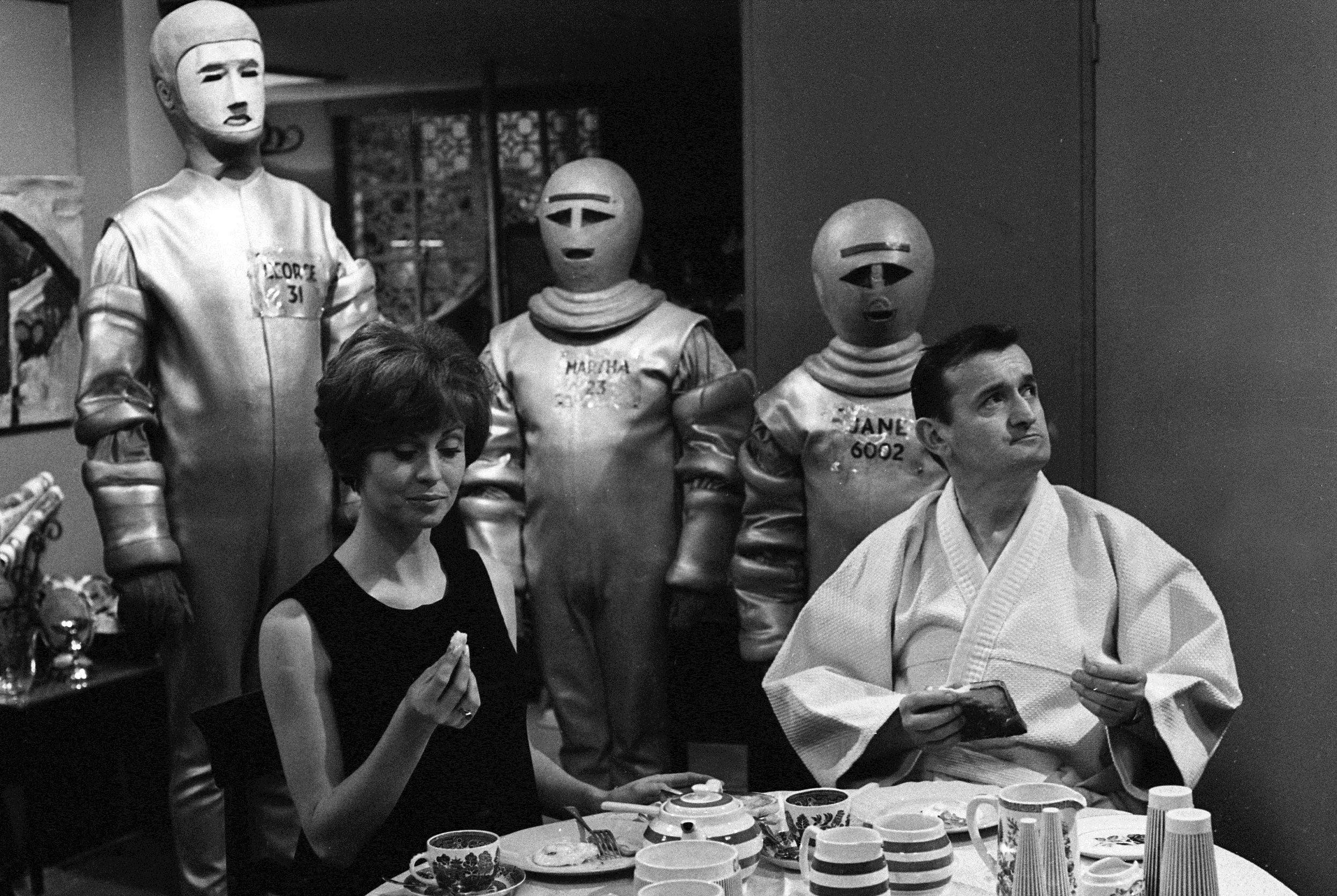 Irene Shubik had been a science fiction fan since college. In 1961 suggested to her superior Sydney Newman, then head of the drama department of ABC Television, an ITV franchise contractor, with a proposal to create a science fiction version of Armchair Theatre. This became Out of this World, a sixty-minute anthology series hosted by Boris Karloff that ran for thirteen episodes between June and September 1962. Many of the episodes were adaptations of stories by writers including John Wyndham, Isaac Asimov and Philip K. Dick

The Future is bright for most of society: robot labour and free energy make the creation of goods easy and automatic. But the disadvantaged of this Golden Age are those who have to stem the inexorable tide of robot-manufactured goods; they are continually supplied with more things than they can possibly consume. Is there any way for a 'poor' man to get off this treadmill of consumption?