The New Germany And The Old Nazis 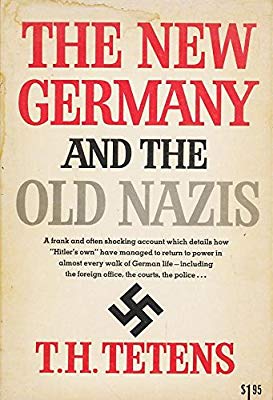 More than a decade after World War II the infamous crimes of the Third Reich still haunt the world. Now a new Germany has emerged. Its unrivaled energy has already made it one of the most powerful states in Europe. What kind of country is this new Germany? Is Nazism "dead and buried," as James B. Conant, our former ambassador to Bonn, believes? Has Germany really changed? If so, where are the hundreds of thousands who once faithfully and eagerly served Hitler's reign of terror? And what is life like today for the Jews who are still in Germany? The answers to these questions will shock most Americans. Many Nazis have returned to power--in almost every walk of German life. The New Germany and The Old Nazis is based on thousands of news stories and court records, most of them of German origin. Naming names-including Adenauer's top aide, Hans Globke--it documents in detail the dangerous resurgence of Nazism and anti-Semitism in the "new" Germany. It describes notorious occurrences of anti-Semitism such as the Zind case--and the German reaction to it; it tells of the current activities of the Nazi SS; it reveals former Nazi officials who hold important positions in the present German government; it exposes former Nazi criminals and shows how they have been protected; it outlines the present plans of the underground Nazi party; and it presents the shameful record of Hitler's judges who still sit on the bench. As West Germany's position in the cold war becomes more crucial, it is important to understand its aims and ambitions. This outspoken book looks behind the official façade of Adenauer's Germany. What it discloses is of vital importance to every American. 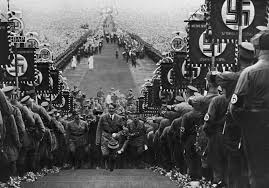 T.H. Tetens, a leading expert on German geopolitics, was born in Berlin and worked during the 1920's in Germany as an economist and newspaper editor. For more than thirty years he has studied the Pan-Germanic movement, the Nazi party, and the strategic theories of German geopolitics. When Hitler came to power, Mr. Tetens was put in a concentration camp. He escaped to Switzerland in 1934. There in pamphlet and newspaper articles he foretold the coming German assault on Europe. In 1938, Mr. Tetens came to the United States and began research on German problems for government agencies and private organizations, From 1946 to 1947, he served with the U.S. War Crimes Commission in Washington. Mr. Tetens is the director of the Library on Germanic and Related International Problems. He has written several books on the German question, the most recent being Germany Plots with the Kremlin.