Seven Pillars Of Wisdom - A Triumph 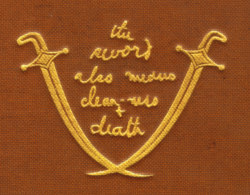 Seven Pillars of Wisdom is the autobiographical account of the experiences of British soldier T. E. Lawrence ("Lawrence of Arabia"), while serving as a liaison officer with rebel forces during the Arab Revolt against the Ottoman Turks of 1916 to 1918.

It was completed in February 1922, but first published in December 1926.

The title comes from the Book of Proverbs (Proverbs 9:1): "Wisdom hath builded her house, she hath hewn out her seven pillars" (King James Version). Prior to the First World War, Lawrence had begun work on a scholarly book about seven great cities of the Middle East, to be titled Seven Pillars of Wisdom. When war broke out, it was still incomplete and Lawrence stated that he ultimately destroyed the manuscript although he remained keen on using his original title Seven Pillars of Wisdom for his later work. The book had to be rewritten three times, once following the loss of the manuscript on a train at Reading. From Seven Pillars, "...and then lost all but the Introduction and drafts of Books 9 and 10 at Reading Station, while changing trains. This was about Christmas, 1919." (p. 21)

Seven Pillars of Wisdom is an autobiographical account of his experiences during the Arab Revolt of 1916?18, when Lawrence was based in Wadi Rum, Jordan as a member of the British Forces of North Africa. With the support of Emir Faisal and his tribesmen, he helped organise and carry out attacks on the Ottoman forces from Aqaba in the south to Damascus in the north. Many sites inside the Wadi Rum area have been named after Lawrence to attract tourists, although there is little or no evidence connecting him to any of these places, including the rock formations near the entrance now known as "The Seven Pillars".

Speculation surrounds the book's dedication, a poem written by Lawrence and edited by Robert Graves, concerning whether it is to an individual or to the whole Arab race. It begins, "To S.A.", possibly meaning Selim Ahmed, a young Arab boy from Syria of whom Lawrence was very fond. Ahmed died, probably from typhus, aged 19, a few weeks before the offensive to liberate Damascus. Lawrence received the news of his death some days before he entered Damascus