Bible Mysteries EP 2 Joshua And The Walls Of Jericho

How research into the Battle of Jericho, which has become the basis of Jewish claims to land ownership in Israel and the Palestinian territories, has led to a new perspective. Release date: 15 February 2004

Ugarit was an ancient port city in northern Syria, in the outskirts of modern Latakia, discovered by accident in 1928 together with the Ugaritic texts. Its ruins are often called Ras Shamra[1] after the headland where they lie.

Ugarit had close connections to the Hittite Empire, sent tribute to Egypt at times, and maintained trade and diplomatic connections with Cyprus (then called Alashiya), documented in the archives recovered from the site and corroborated by Mycenaean and Cypriot pottery found there. The polity was at its height from c. 1450 BCE until its destruction in c. 1200 BCE; this destruction was possibly caused by the mysterious Sea Peoples. The kingdom would be one of the many destroyed during the Bronze Age Collapse. 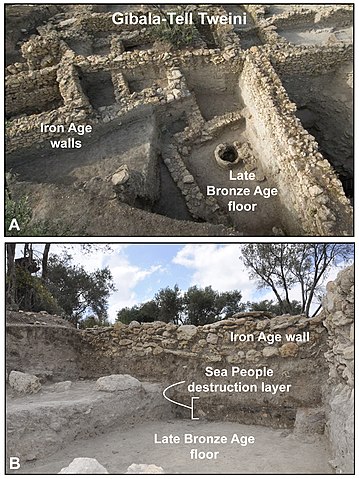 The last Bronze Age king of Ugarit, Ammurapi (circa 1215 to 1180 BCE), was a contemporary of the last known Hittite king, Suppiluliuma II. The exact dates of his reign are unknown. However, a letter by the king is preserved, in which Ammurapi stresses the seriousness of the crisis faced by many Near Eastern states due to attacks. Ammurapi pleads for assistance from the king of Alashiya, highlighting the desperate situation Ugarit faced:

My father, behold, the enemy's ships came (here); my cities(?) were burned, and they did evil things in my country. Does not my father know that all my troops and chariots(?) are in the Land of Hatti, and all my ships are in the Land of Lukka? ... Thus, the country is abandoned to itself. May my father know it: the seven ships of the enemy that came here inflicted much damage upon us.

The ruler of Carchemish sent troops to assist Ugarit, but Ugarit was sacked. A letter sent after Ugarit was destroyed said:

When your messenger arrived, the army was humiliated and the city was sacked. Our food in the threshing floors was burnt and the vineyards were also destroyed. Our city is sacked. May you know it! May you know it! 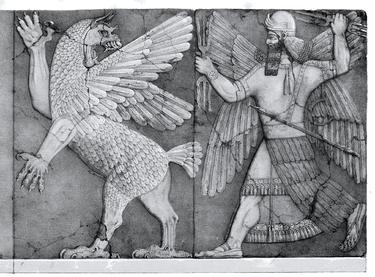 Chaos Monster and the Sun god

The Legend of Keret, also known as the Epic of King Keret, is an ancient Ugaritic epic poem, dated to Late Bronze Age, circa 1500 – 1200 BC. It recounts the myth of King Keret of Hubur. It is one of the Ugarit texts.

Story of Keret described in the tablets

King Keret of Hubur (or Khuburu), despite being reputed to be a son of the great god El himself, was struck with many misfortunes. Although Keret had seven wives, they all either died in childbirth or of various diseases or deserted him, and Keret had no surviving children. While his mother had eight sons, Keret was the only one to survive and he had no family members to succeed him and saw his dynasty in ruin.

The Sea Peoples are a purported seafaring confederation that attacked ancient Egypt and other regions of the East Mediterranean prior to and during the Late Bronze Age collapse (1200–900 BCE). Following the creation of the concept in the nineteenth century, it became one of the most famous chapters of Egyptian history, given its connection with, in the words of Wilhelm Max Müller: "the most important questions of ethnography and the primitive history of classic nations". Their origins undocumented, the various Sea Peoples have been proposed to have originated from places that include western Asia Minor, the Aegean, the Mediterranean islands and Southern Europe. Although the archaeological inscriptions do not include reference to a migration, the Sea Peoples are conjectured to have sailed around the eastern Mediterranean and invaded Anatolia, Syria, Phoenicia, Canaan, Cyprus and Egypt toward the end of the Bronze Age.

Perhaps are Sea Peoples were the Atlantians or the hidden race spoken of my so many and El's son?