The Scarlet Book Of Freemasonry 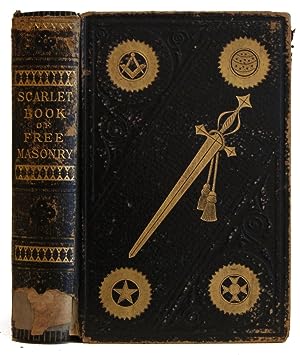 Scarlet Book of Free Masonry: Containing a Thrilling and Authentic Account of the Imprisonment, Torture, and Martyrdom of Free Masons and Knights Templars, for the Past Six Hundred Years.

This is the ultimate work on treachery. The freemasons were persecuted by the Roman church to the nth degree. There tactics were cruel and fiendish. Christians left Europe for religious freedom. The pain of heresy was well known. King James granted the right to bear arms to protestants in the 1689 Bill of Rights. A Papist Prime Minister in Canada wants to recind that right and usher in the Liberal World Order of the anti-Christ. They were and still are masters of stealth and guile. Learn the tricks from the past as the ultimate escape and evasion text. The return of torture and blind obedience of state dogma reek of the return of evil. How long before climate deniers are burned at the stake? Their 'love' is actually hate. It always was.