Pawns in the Game

A Satanic conspiracy to control the world

First printed in 1954, "Pawns in the Game" is the best single work available on the evil conspiracy that has been responsible for the devastating wars and continuing conflicts of the past century, and which is now close to its ultimate goal of total world domination through a dictatorial One World Government.

Pawns in the Game is written by William Guy Carr (1895-1959), a noted author who had a distinguished career as a Canadian naval officer, including outstanding service during World War II. The book begins as follows: 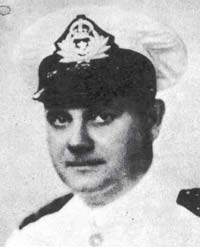 "Here is a TRUE story of international intrigue, romance, corruption, graft, and political assassinations, the like of which has never been written before. It is the story of how different groups or atheistic-materialistic men have played in an international chess tournament to decide which group would win ultimate control of the wealth, natural resources, and man-power of the entire world. It is explained how the game has reached the final stage. The lnternational Communists, and the International Capitalists, (both of whom have totalitarian ambitions) have temporarily joined hands to defeat Christian-democracy.

"The cover design shows that all moves made by the International Conspirators are directed by Satan and while the situation is decidedly serious it is definitely not hopeless. The solution is to end the game the International Conspirators have been playing right now before one or another totalitarian-minded group impose their ideas on the rest of mankind. The story is sensational and shocking, but it is educational because it is the TRUTH. The author offers practical solutions to problems so many people consider insoluble."