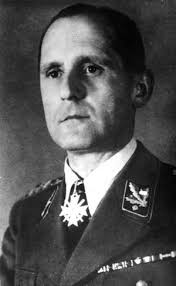 Most books on historical personages are only repetition of the subject done by earlier writers. New historical material, especially important material, on controversial individuals rarely appears in print, either because it has been destroyed or deliberately hidden away. If such material does surface, it is generally met with hostility by other published writers in the field if this information makes their own works obsolete.

Here we have as a central character, Heinrich Muller, also known as “Gestapo” Midler to differentiate him from another Heinrich Muller of the same rank and in the same department. As his name indicates, “Gestapo” Muller was the permanent chief of the Reichssicherheitshauptamt (RSHA) Amt IV, the Gestapo. This acronym for the Geheime Stoats Polizei (Secret State Police) has struck terror into millions before and during the Second World War and is still used to evoke an image of cruelty and oppression.

Heinrich Muller vanished at the end of the war. He was last seen in Hitler’s bunker on April 29, 1945 and was officially stated to have been killed. In the early 1980s, all of Midler’s private correspondence and a number of his most important official files surfaced in Switzerland and passed into the hands of the Munich-based CIA Gehlen Organization and from there, to the CIA officials in Langley.

From these files, this book was carefully constructed. It is based, not on wartime Gestapo records but on a postwar interview held in Switzerland between Midler and an American intelligence officer. It should be noted that the former Gestapo chief was not under arrest or even under suspicion. The 800 page post-war CIC interview on which the text is based was not designed to set the stage for a trial but was, quite simply, a job interview.

Times change and we must change with them. Once a man who would have been instantly arrested if found, Muller was now someone whose expertise and specific brilliance in anti-Communist counter-intelligence was badly needed by the West. In this position, Muller was under no compulsion to lie, to beg or to apologize. He said what he thought on an enormous number of historically fascinating subjects and obviously regretted nothing.

The subjects cover personalities of the Third Reich to include lengthy sections on Midler’s relationship with Hitler, Hermann Goring, Heinrich Himmler, Martin Bormann and other top leaders of the Third Reich, as well as many individuals involved in the plot to murder Hitler in 1944. Muller was in charge of the investigations of this botched attempt and his records and interviews contain material never seen before.

Also in the fdes are lengthy, and often stunning, information on Allied leaders and Soviet penetration of Allied top level military and government agencies.

He discusses the concentration camps in detail, the deportation of the Jews, the counterfeiting of US and British money and his personal version of his dramatic escape from Berlin in April of 1945.

This is a work, extracted from thousands of pages of secret fdes, that will jolt the complaisant in every chapter. One section deals with highly classified German intercepts of private trans-Atlantic telephone conversations between Franklin Roosevelt and Winston Churchill. Of these, the most shocking is one dealing with Pearl Harbor.

The author has carefully edited and annotated enough material to deliver a serious shock to the community of historians. At the same time, the character of ‘Gestapo’ Muller emerges with vivid clarity. This is a study of a highly intelligent and complex man who was at the very center of the Third Reich and who not only lived to tell about it, but managed to turn adversity into personal triumph.

Heinrich Midler was present in the opening seconds of the Second World War and left the stage of history in the final battle for Berlin. This is a work that stands on its own feet and will certainly be impossible to put down.