The Creature From Jekyll Island 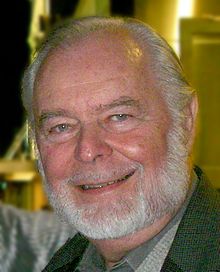 G. Edward Griffin (born November 7, 1931) is an American author, filmmaker, and conspiracy theorist. Griffin's writings promote a number of views and conspiracy theories regarding various of his political, defense and health care interests. In his book World Without Cancer, he argues that cancer is a nutritional deficiency that can be cured by consuming amygdalin, a view regarded as quackery by the medical community. He is the author of The Creature from Jekyll Island (1994), which promotes false theories about the motives behind the creation of the Federal Reserve System. He is an HIV/AIDS denialist, supports the 9/11 Truth movement, and supports a specific John F. Kennedy assassination conspiracy theory. He also believes that the biblical Noah's Ark is located at the Durupınar site in Turkey.

He has opposed the Federal Reserve since the 1960s, saying it constitutes a banking cartel and an instrument of war and totalitarianism. Griffin presented his views on the U.S. money system in his 1993 movie and 1994 book on the Federal Reserve System, The Creature from Jekyll Island. The book was a business-topic bestseller. The book also influenced Ron Paul when he wrote a chapter on money and the Federal Reserve in his New York Times bestseller, The Revolution: A Manifesto.

Edward Flaherty, an academic economist writing for Political Research Associates, characterized Griffin's description of the secret meeting on Jekyll Island as "paranoid," "amateurish," and "academically suspect." Jesse Walker, the books editor for Reason magazine, says the book has grains of truth but "reduce[s] things too much to a certain narrative, where the mustache-twirlers are behind everything."