How could we forget these eventful days? The NWO f's with our minds while destroying our bodies. We fall into a deep narcosis afterwards as the issues slip into Orwell's memory hole. I remember. One of the actors here gained prominence in a mass shooting. 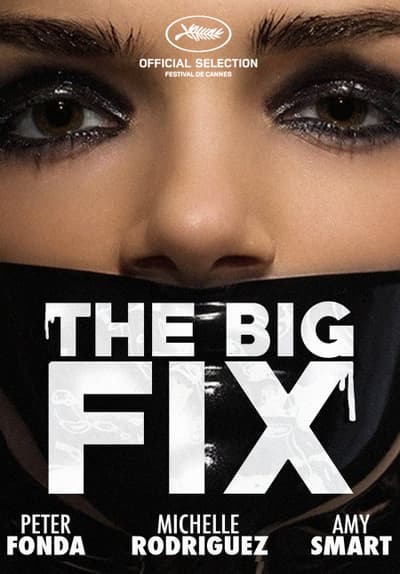 The Big Fix is a 2012 documentary film about two filmmakers, Josh and Rebecca Tickell, as they travel along the coast of the Gulf of Mexico meeting the residents whose lives were changed by the Deepwater Horizon oil spill. The film argues that BP has utilized the oil dispersant Corexit in the Gulf to create the illusion that the Louisiana beaches are safe and the water (and seafood) uncontaminated.

Peter Henry Fonda (February 23, 1940 – August 16, 2019) was an American actor. He was the son of Henry Fonda, younger brother of Jane Fonda, and father of Bridget and Justin Fonda (by first wife, Susan Brewer, stepdaughter of Noah Dietrich). Fonda was a part of the counterculture of the 1960s.

In 2011, Fonda and Tim Robbins produced The Big Fix, a documentary that examined the role of BP in the Deepwater Horizon oil spill and its effects on the Gulf of Mexico. At a press conference at the Cannes Film Festival, Fonda stated that he had written to President Barack Obama about the spill and attacked him as a "fucking traitor" for allowing "foreign boots on our soil telling our military—in this case the Coast Guard—what they can and could not do, and telling us, the citizens of the United States, what we could or could not do.'"

In June 2018, Fonda went on Twitter to criticize President Donald Trump's administration's enforcement of U.S. immigration policy by Jeff Sessions, specifically regarding the separation of children from their parents at the Mexican border, writing that "We should rip Barron Trump from the arms of First Lady Melania Trump and put him in a cage with pedophiles." He also suggested that Americans should seek out names of U.S. Immigration and Customs Enforcement agents in order to protest outside of their homes and the schools of their children. The Secret Service opened an investigation based on a report from the Trump family. Former Arkansas Gov. Mike Huckabee, whose daughter, White House Press Secretary Sarah Huckabee Sanders, was also the object of Fonda's tweets, believes that Fonda's statement about Barron Trump is a violation of federal criminal law. Fonda had also suggested "Maybe we should take her (Sanders) children away..."

It was also reported by Politico that Fonda "has been railing against the White House for days". In another now-deleted tweet, Fonda targeted United States Department of Homeland Security Secretary Kirstjen Nielsen by calling her an uncouth name and calling for Nielsen to be "put her in a cage and poked at by passersby ..."

Fonda stated that he deleted his tweet regarding Barron Trump, saying that he "immediately regretted it and sincerely apologize to the family for what I said and any hurt my words have caused." Popular backlash to Fonda's tweets resulted in a call for a boycott of his newest film at the time, Boundaries and other Sony projects. Sony Pictures released Boundaries as planned on June 22, 2018, but completely condemned the comments made by Fonda.