Panama Patrol is a 1939 American drama film. Directed by Charles Lamont, the film stars Leon Ames, Charlotte Wynters, and Adrienne Ames, it was released on May 20, 1939. The film was known during production by the working titles of Curio Cipher and Panama Cipher. 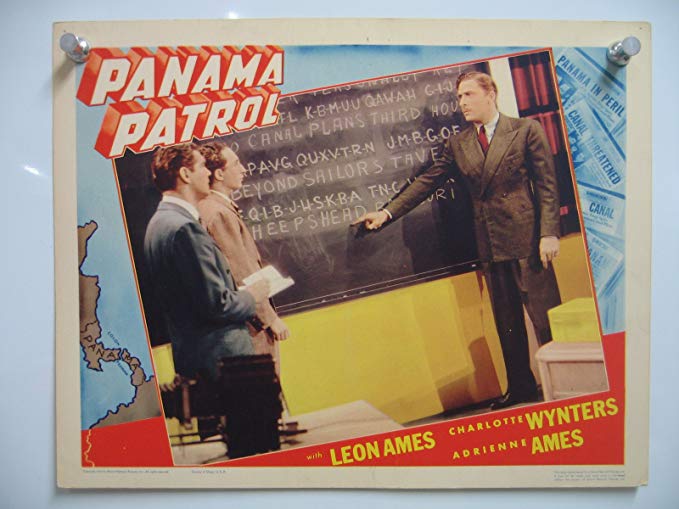 I stand in awe at the treasure trove I unearthed here. While researching the Sullivans lost of the USS Juneau lost November 13, 1942 I was gob smacked that the captain Lyman Knute Swenson married a German spy's wife from WWI. She divorced him after he was sentenced two years years in prison for trying to  to foment an insurrection against British colonial rule in India and bombing plots in Canada. They had two children together and then Lyman got dumped too as she set her sights on a friend of his Hugo W. Koehler probably one of the greatest espionage agents in naval service if not ever. Wilhelm von Brincken was the spy. After his release he became a major player in Hollywood appearing in 75 films including this one. We will delve into the ciphers here and what they really reveal. Having broken The Knowing Code this was easy.

The femme fatale was Milo Abercrombie (1894-1977) the niece of John W. Abercrombie, U.S. congressman from Alabama. She was introduced to Hugo in Hawaii. He was from a wealthy brewing company fortune and rumored to be the illegitimate son of Rudolf, Crown Prince of Austria. Finances were sent his way to support him as well. That alone is sufficient to tantalize the avid researcher, but it is just the beginning.

Hugo served on the Yangtze River gun boats. One of the great Hollywood epics was fashioned on that The Sand Pebbles with Steve McQueen. Hugo was sent to Russia to rescue the Romanovs or perhaps more likely the imperial treasure. His biography is extensive to say the least. He felt the U.S. was at war from the outset of WWII. He died in the summer of 1941. In 1942 a young naval officer named John Kennedy visited his grave pondering the fate of a man who dies without religion. He was sent to the South Pacific, too, in the infamous PT109 incident. I believe he was sent there to be killed and bury the secrets of Pearl Harbor with him. He was working for the Secretary of the Navy and would have been privy to the secrets.

When I reviewed the documentary on the Sullivans and the loss of the Juneau several things tweaked my curiosity. The femme fatale first. Then the unusual trepidation Capt. Swenson had about the lack of armor and vulnerability to torpedo attack. Most of the light ships were like that. They called them tin cans. Did he know something? I believe so. One of the crew members freed the life rafts but just one set. Did he know something? They were left in the water to die. Captain Hoover was his best friend yet didn't scream for help when he got to safety. Only ten survived in the water. The rest outside of four others were lost.

Captain Swenson's previous command was assigned the most secret of missions. USS Isabel (PY-10) was detailed by the president to search for Japanese ships near Cam Ranh Bay December 3. She was sighted by the Japanese December 5. What are the odds? USS Lanikai, from Manila went on a secret mission too.. Captain Swenson was at the Naval Station Argentia in Newfoundland in June 1942. The previous year FDR and Churchill had a major conference there. I think it's safe to assume Pearl Harbor was spoken of. I believe Captain Swenson was aware of the secret and uncomfortable with it. Like JFK, I believe they had their positions given away to the Japanese. There are too many coincidences here. After The Sullivans were publically revealed lost Wilhelm appeared in a film called The Purple V. Five purple hearts perhaps? 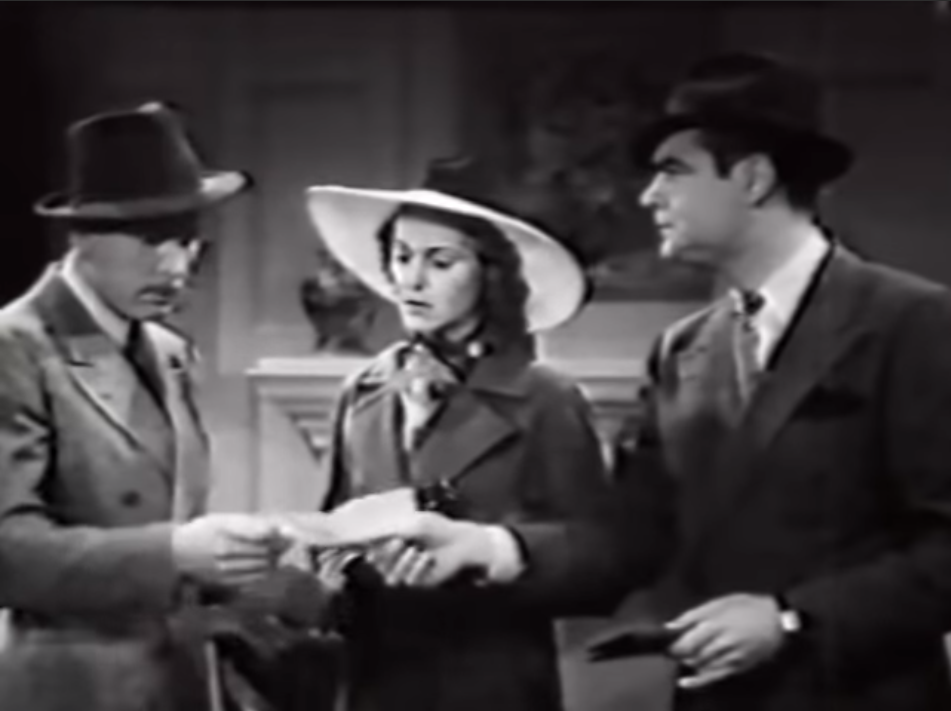 In our film a cipher is found on a spy leading to a plot to destroy The Panama Canal in time of war. Really? The cipher says otherwise.

One of the numbers appeared thrice. It started with 21. Pearl Harbor is 21 degrees N, 157 degrees W. There are numbers of 52 and a fraction which multiplied by 3 put us off the island. In the algorithm 129 leads to the US Code honoring Pearl Harbor. The USS Osceola (YT-129) was there. 129 attackers were killed. In that line 004 remains. There were two ships with the 4 pennant the USS Oglala (CM-4) and the USS Vestal (AR-4). I see the film as a coded message to those who could understand the real target was Pearl. Wilhelm died after the war of a ruptured artery. We ponder the history of film in predictive programming.