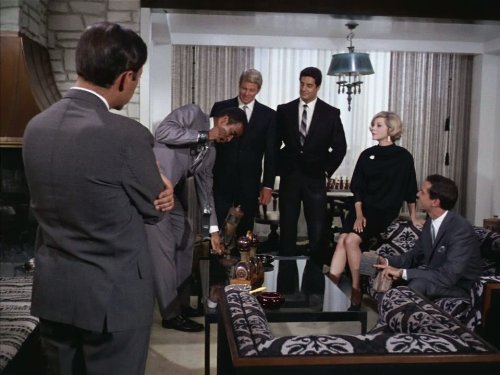 Slavery is still practiced in a Persian Gulf nation, but there is tension in the nation's leadership on the issue. IMF is tasked with stopping this trade, by exploiting this tension. The IMF's plan is to unleash a cloud of bats inside the prince's bedroom (a scene reminiscent of Alfred Hitchcock's The Birds) in order to kidnap the princess and sell her at the slave market.