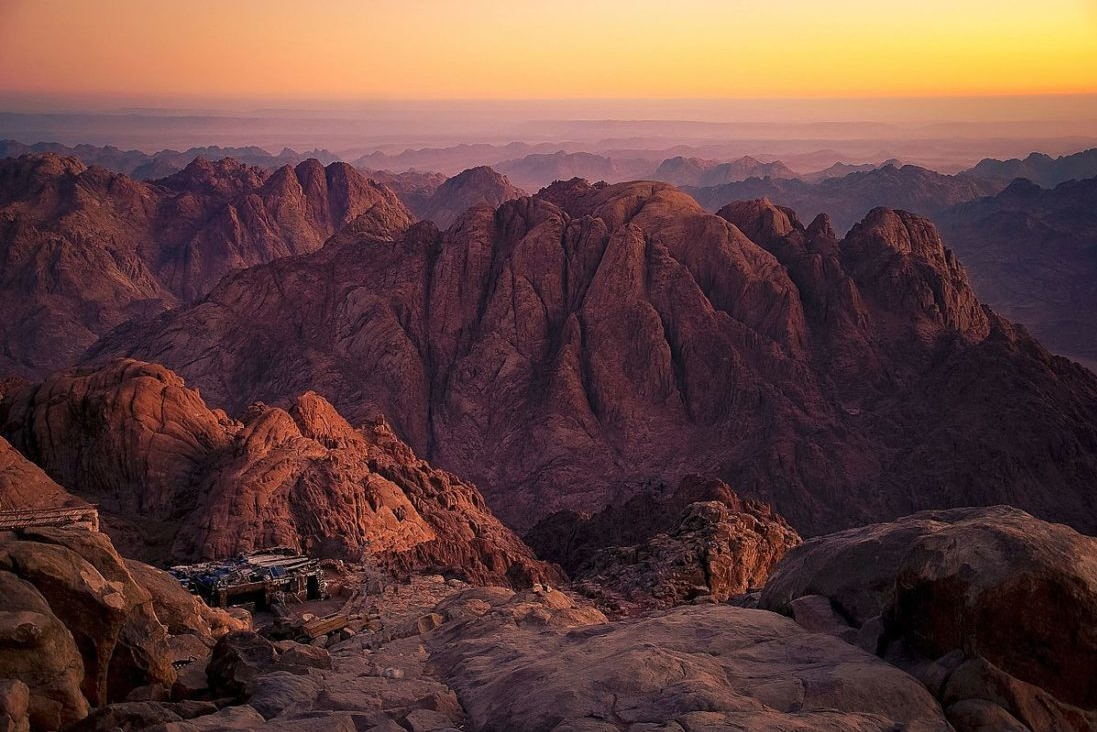 As seen on Glenn Beck, CBN, and Shabbat Night Live!

Ryan Mauro's UNPRECEDENTED look at the evidence of Moses, the Exodus and Mount Sinai.

Welcome to Sinai in Arabia!

The search for one of the most important sites of the Bible, Torah, and Quran.

The purpose of this website is to aggregate research about the location of Mount Sinai and the Exodus route to achieve a better understanding of the historicity of the Exodus story.

The most commonly cited location of Mount Sinai or “Jebel Musa,” meaning the “Mountain of Moses,” is at St. Catherine’s in the southern part of the Sinai Peninsula in modern-day Egypt. While there are prominent proponents of the accuracy of that designation, many others find the evidence to be lacking and have chosen to either dismiss the Exodus account as a myth or to search for other possible locations.

The ability to make determinations about the historicity of the account and the possible geographic locations of the reported events has been hampered by the absence of a single, comprehensive source for an understanding of the cumulative theories and their associated research and evidences.

Over a dozen candidates for Mount Sinai in the Middle East have been proposed over time, with the candidates in Egypt offering the greatest access for excavation in search of supporting evidence.

Among the sites that have been thoroughly examined, the results have been—by most accounts—disappointing.

The debate over the location of Mount Sinai, including the debate over whether it should be in modern-day Egypt or elsewhere in the Middle East, is oftentimes unnecessarily heated.

According to the Jewish Encyclopedia, which is considered an authoritative source on Jewish theology and history, religious Jews should not interpret the debate as a suggestion that their beliefs are inaccurate.

“There is no Jewish tradition of the geographical location of Mt. Sinai; it seems that its location was obscure already in the time of the monarchy,” it reads.[1]

However, one Rabbi has recently published a book titled "Searching for Sinai." Rabbi Alexander Hool believes that Mount Sinai is in Saudi Arabia, and not at the traditional location in Egypt's Sinai Peninsula.

A great deal of research and theory exists on this topic, and fully understanding it could take a whole lifetime. To facilitate research about the location of Mount Sinai and the reported Exodus events, this website intends to provide a wide-ranging review of some of the theories so that researchers can work from a common set of facts and arguments.

This is the cradle of civilization the home of God's people scheduled for destruction to a mark of the beast city by the Saudi's. Come home to our roots and sit at the base of the mount where God spoke to Moses. It has been hidden from us on pain of death. This is a deep truth whereupon we may be free.