What causes a believer with a vibrant, radiant relationship with Christ to "run aground" in their spiritual life? If we're not anchored in the truth of who God is, we risk becoming a shipwrecked saint when times get tough.

SS America was an ocean liner built in 1940 for the United States Lines and was designed by the noted American naval architect William Francis Gibbs. She carried many names in the 54 years between her construction and her 1994 wrecking, as she served as the SS America (carrying this name three different times during her career), the USS West Point, the SS Australis, the SS Italis, the SS Noga, the SS Alferdoss, and the SS American Star. She served most notably in passenger service as the SS America, and as the Greek-flagged SS Australis. She was finally wrecked as the SS American Star at Playa de Garcey on Fuerteventura in the Canary Islands on 18 January 1994. The wreck remains there to this day but has now broken up and collapsed into the sea. Only a small section of the bow remains visible during low tide. 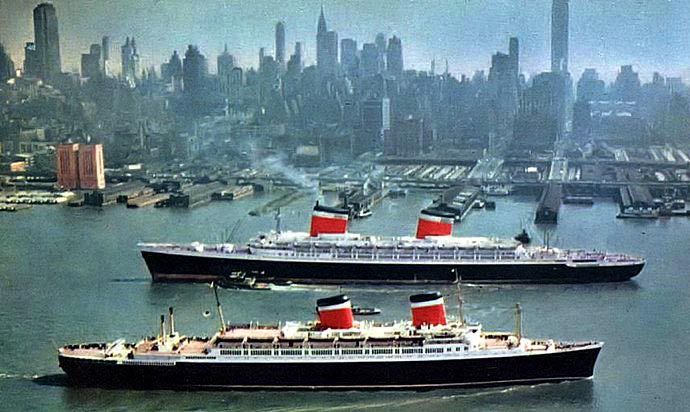 The SS United States with the SS America in the 1950s.

With the treasonous dogs subverting the very soul of the countries all will become derelict shipwrecks. The loss of true religious teachings are barred from the youth. Our culture degrades and cities and homes become beachheads to Satan.

A child needs a compass. It is found in our faith. The Economic Collapse Blog wrote on the rising suicide rates. The SSRI and other drugs are factors. A bigger factor is the loss of religious teachings.