CONSPIRACY NIGHT AT THE MOVIES: Soldier Of Fortune 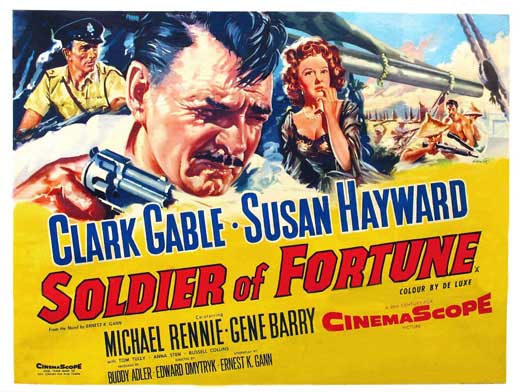 Soldier of Fortune is a 1955 adventure film about the rescue of an American prisoner in the People's Republic of China in the 1950s. It was directed by Edward Dmytryk, starred Clark Gable and Susan Hayward, and was written by Ernest K. Gann based on his 1954 novel.

Jane Hoyt arrives in Hong Kong, looking for her husband, thrill-seeking photojournalist Louis. She attracts the eye of shady shipping magnate Hank Lee. With his help, she learns that Louis entered Communist China and was imprisoned as a suspected spy. 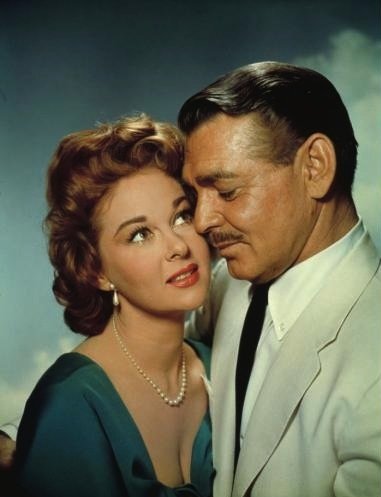 She decides to arrange his escape. Hank advises her to give up the foolhardy venture, but she refuses. She foolishly meets Fernand Rocha alone and gives him a $500 deposit to set up a rescue, but he merely gambles the money away and locks her up for his lecherous purposes. Fortunately, word reaches Hank in time to save her.

Having fallen in love with Jane and realizing that she will not let herself get involved with him while her husband's fate remains uncertain, Hank decides to rescue the man himself. Hong Kong Marine Police Inspector Merryweather is inspecting Hank's junk when Hank decides to make his attempt, and gets shanghaied into helping rescue the husband.

Louis is freed. Merryweather is forced to help Hank fight off a Chinese gunboat sent in pursuit. When they return safely to Hong Kong, Louis graciously bows out of his wife's life.