"Gentlemen, Altho it is not possible to forsee the consequences of human actions, yet it is nevertheless a duty we owe ourselves and posterity in all our public councils to decide in the best manner we are able and to trust the event to That Being who governs both causes and events, so as to bring about his own determinations.

Impressed with this sentiment, and at the same time fully convinced that our affairs will take a more favorable turn, The Congress have judged it necessary to dissolve all connection between Great Britain and the American Colonies, and to declare them free and independent States as you will perceive by the enclosed Declaration, which I am directed to transmit to you.”

John Hancock – Cover letter to the Declaration of Independence

A return blast from the past October 7, 2010. We review the financial collapse then. One company, one algorithm set off the 999 point drop in the markets. Was it a cover for theft?

The new guy with the new lie is the story of politics.

Las Vegas Faces Its Deepest Slide Since the 1940s

Envoy says Iran sues Russia over S-300, but no sign of any such suit

USAF Pilot was ordered to fire at a UFO in U.K. airspace! 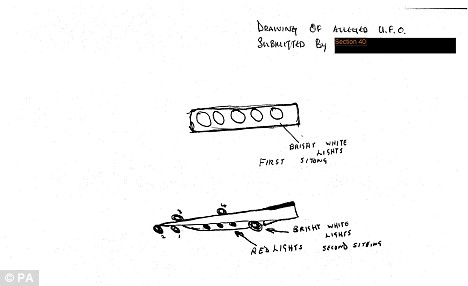 This sketch of the UFO target bears quite the resemblence to the Chinese UFO above.