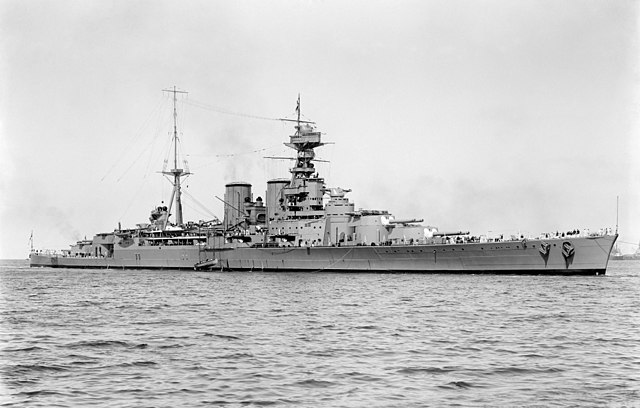 HMS Hood (pennant number 51) was the last battlecruiser built for the Royal Navy. Commissioned in 1920, she was named after the 18th-century Admiral Samuel Hood. One of four Admiral-class battlecruisers ordered in mid-1916, Hood had design limitations, though her design was revised after the Battle of Jutland and improved while she was under construction. For this reason she was the only ship of her class to be completed. Despite the appearance of new and more modern ship designs over time, Hood remained the largest and most powerful warship in the world for twenty years after her commissioning and her prestige was reflected in her nickname "The Mighty Hood". 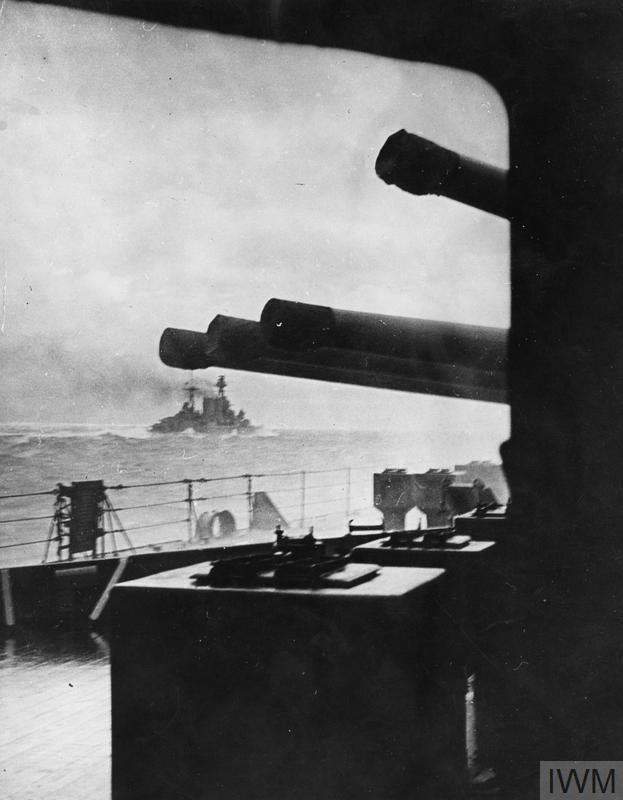 Last photograph of Hood, seen from Prince of Wales.

Hood was involved in several showing the flag exercises between her commissioning in 1920 and the outbreak of war in 1939, including training exercises in the Mediterranean Sea and a circumnavigation of the globe with the Special Service Squadron in 1923 and 1924. She was attached to the Mediterranean Fleet following the outbreak of the Second Italo-Abyssinian War. When the Spanish Civil War broke out, Hood was officially assigned to the Mediterranean Fleet until she had to return to Britain in 1939 for an overhaul. By this time, advances in naval gunnery had reduced Hood's usefulness. She was scheduled to undergo a major rebuild in 1941 to correct these issues, but the outbreak of World War II in September 1939 forced the ship into service without the upgrades. 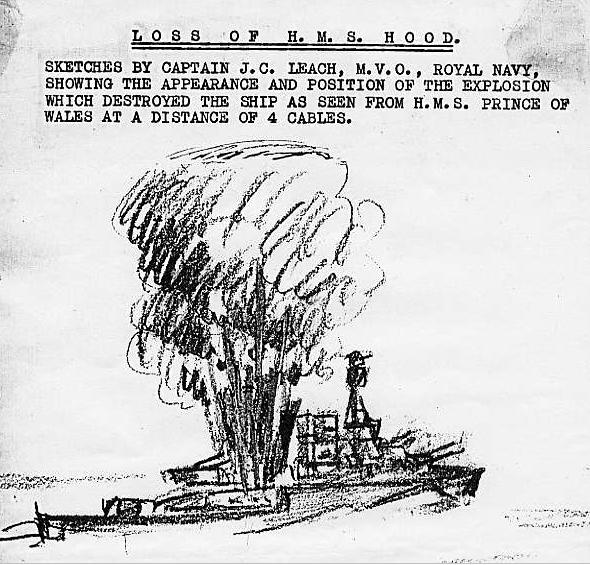 When war with Germany was declared, Hood was operating in the area around Iceland, and she spent the next several months hunting between Iceland and the Norwegian Sea for German commerce raiders and blockade runners. After a brief overhaul of her propulsion system, she sailed as the flagship of Force H, and participated in the destruction of the French Fleet at Mers-el-Kebir. Relieved as flagship of Force H, Hood was dispatched to Scapa Flow, and operated in the area as a convoy escort and later as a defence against a potential German invasion fleet. In May 1941, she and the battleship Prince of Wales were ordered to intercept the German battleship Bismarck and the heavy cruiser Prinz Eugen, which were en route to the Atlantic where they were to attack convoys. On 24 May 1941, early in the Battle of the Denmark Strait, Hood was struck by several German shells, exploded and sank within three minutes, with the loss of all but three of her crew. Due to her perceived invincibility, the loss affected British morale. 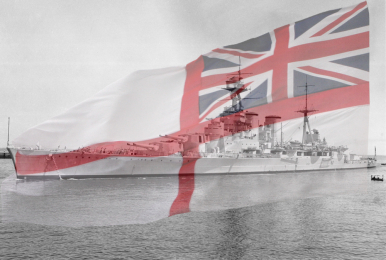 The Royal Navy conducted two inquiries into the reasons for the ship's quick demise. The first, held soon after the ship's loss, concluded that Hood's aft magazine had exploded after one of Bismarck's shells penetrated the ship's armour. A second inquiry was held after complaints that the first board had failed to consider alternative explanations, such as an explosion of the ship's torpedoes. It was more thorough than the first board and concurred with the first board's conclusion. Despite the official explanation, some historians continued to believe that the torpedoes caused the ship's loss, while others proposed an accidental explosion inside one of the ship's gun turrets that reached down into the magazine. Other historians have concentrated on the cause of the magazine explosion. The discovery of the ship's wreck in 2001 confirmed the conclusion of both boards, although the exact reason the magazines detonated is likely to remain unknown since that area of the ship was destroyed in the explosion.

Albert Edward Pryke "Ted" Briggs MBE (1 March 1923 – 4 October 2008 was a British seaman and the last survivor of the destruction of the battlecruiser HMS Hood. He remained in the Royal Navy after the Second World War and was later commissioned.