In this It's Supernatural! Classic from 1996, Sid Roth interviews Grant Jeffrey on end times Bible prophecy being fulfilled before our eyes! Grant Jeffrey went to be with the Lord on May 11, 2012.

Grant Jeffrey was one of the greatest theologians. Much of his work has disappeared from the internet. In this time of crisis that is a sin of unparalled magnitude. The blood of the slain is on the people who know and conceal the message. That may well include those who 'own' his material. God owns it all not us. He gave it for free. Satan introduced the concept of money. Hopefully Grant's messages appear in many places. In this 1996 interview be empowered by his voice. He states his name in numbers as 9036. Ironically that's the 999 inverted 666. Is he the opposite to the 666 system? 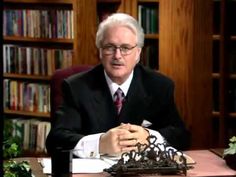 Grant Reid Jeffrey (October 5, 1948 – May 11, 2012) was a Canadian Bible teacher of Bible prophecy/eschatology and biblical archaeology and a proponent of dispensational evangelical Christianity. Jeffrey served as the chairman of Frontier Research Publications for more than 20 years. His books (variously published by WaterBrook Press, Bantam Books, HarperCollins, Zondervan, Word and Tyndale House) have sold more than 7 million copies and have been printed in 24 languages. Jeffrey was working on a new book called One Nation Under Attack (WaterBrook Press, January 2013), at the time of his death. He also appeared on television and radio shows, particularly on Christian programs and also had been invited to speak to groups around the globe.

In 1982, Jeffrey earned a Chartered Life Underwriter Certification from the University of Toronto's Extension Program. He later received his Master's Degree and Ph.D. in Biblical Studies from Louisiana Baptist University.

In 1999, Jeffrey's book, The Millennium Meltdown, reached #2 on the Publishers Weekly bestseller list for religious paperbacks. In 2000, his novel By Dawn's Early Light, which he co-wrote with Angela Hunt, won the Christy Award for futuristic Christian fiction.

Grant Jeffrey died suddenly of a cardiac arrest on May 11, 2012, in Toronto, Canada. He is survived by his wife, Kathleen Grant Jeffrey. 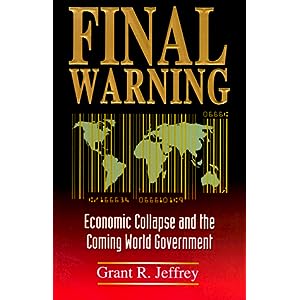