A rescue mission from the That Channel archives recorded March 18, 2010.

The impudent tyranny of Harry Reid

Arson destroys Tower of the Winds, burns one quarter of Nimis The question has to be asked who and what is Lars Vilks really? American interests dictate a war in the Middle East for oil and narcotics. A convenient enemy is required that will stir the pot on command. For Pearl Harbour Lt. Cmdr. McCollum wrote a multi point plan to antagonize the Japanese such that they would attack. I see this as a further intelligence operation in the modern era to antagonize people of the Muslim faith into violence which can be used as a further excuse to justify the wars. Whether Muslims refer to Jesus as a prophet and Christians as a God is not the point. His lesson was to love and forgive each other so that the doors to a false war couldn't be opened. That was the lesson which we overlook at grave peril.

Lars' recent project the Tower of the Winds does have a deep after the WTC collapsed theme. The energy waves in the upper picture fit some theories of the attack. We see he is a multi-faceted individual who leaves little doubt he is an intelligence asset. Jihad Jane his nemesis is the ladle still stirring the pot. Confucius says if you can't hold a religious meeting, it is probably due to the fact you haven't held a second amendment rally in public in front of City Hall. Freedom to worship came at point of arms in most societies. A little reminder moves mountains from time to time. Take a minute man.

Sting The Musical Brain: The NWO knows all about controlling brain waves.

Abdulrahman Zeitoun is the real-life hero of Dave Eggers's new book. In the aftermath of hurricane Katrina he paddled from house to house in a canoe, offering help to his neighbours. For his trouble, he was arrested as a suspected terrorist 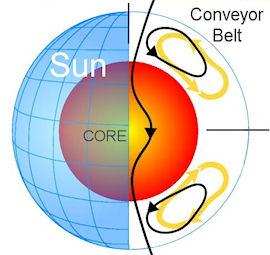 Did the CIA test LSD in the New York City subway system?

Pilot in fatal Belleville crash was executive at Commerce Bank

So look at the future from this era's news. We have genderless washrooms, we fight over oil in East Africa, Operation Cold Response is still a go, The bugging of communications started at the outset of the Obama Administration, and they deny it to this very day. The brain human interface is still their optimal solution. The purple revolution has moved from Italy to the United States and is being led by Obama. We finally approved a carbon tax, but it will have no effect on the Sun's conveyor belt. Sounds like we need more Conspiracy Cafe in our daily regimen.