The Shadow of your Smile 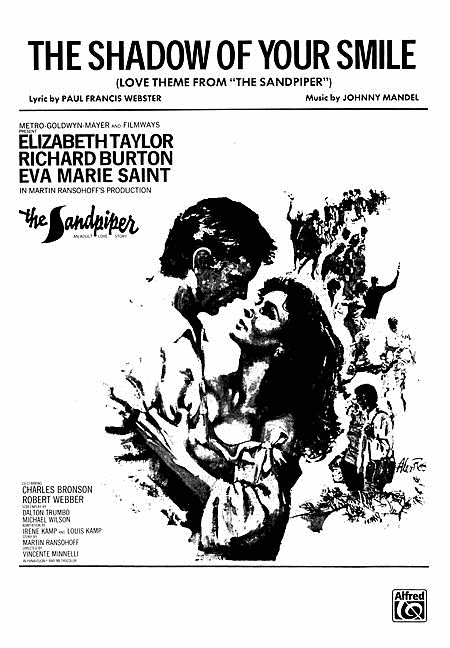 "The Shadow of Your Smile", also known as "Love Theme from The Sandpiper", is a popular song. The music was written by Johnny Mandel with the lyrics written by Paul Francis Webster. The song was introduced in the 1965 film The Sandpiper, with a trumpet solo by Jack Sheldon and later became a minor hit for Tony Bennett (Johnny Mandel arranged and conducted his version as well). It won the Grammy Award for Song of the Year and the Academy Award for Best Original Song. In 2004 the song finished at #77 in AFI's 100 Years...100 Songs poll of the top tunes in American cinema.

Well-known versions of the song were recorded by Barbra Streisand (on her 1965 album My Name Is Barbra, Two...), singer Shirley Bassey (on her 1966 album I've Got a Song for You), Andy Williams, Chris Montez, Percy Faith, Rita Reys, Al Martino, Perry Como, Nancy Sinatra, Astrud Gilberto, Peggy Lee, Sammy Davis, Jr., Sarah Vaughan and Frank Sinatra. Connie Francis recorded the song in English, Spanish (La sombra de tu sonrisa), Portuguese (À sombra do teu sorriso) and in Italian (Castelli di sabbia). Trini Lopez included it on his Reprise Records album (Trini). Lill Lindfors recorded it in Swedish as Din skugga stannar kvar for her 1967 album Du är den ende. Elda Viler (sl) recorded a Slovenian rendering entitled "Senca Tvojega Nasmeha". Marvin Gaye recorded several versions of the song. One can be found on Romantically Yours, another on Vulnerable, and a live version on Marvin Gaye: Live at the Copa. Herb Alpert & the Tijuana Brass recorded an instrumental version for their 1966 album, What Now My Love. The Italian singer MINA sang this song in 1968 on television and was later released on a CD called Le canzonissime. German singer Udo Lindenberg included a more rock-oriented cover of the song on his 1986 single "Germans". In 2006, The Central Band of the Royal British Legion recorded an album with "The Shadow Of Your Smile" as the lead title track.

Other notable versions include Nancy Ames singing a Spanish version ("La Sombra De Tu Sonrisa") on her 1966 album Latin Pulse. Pepe Jaramillo recorded a Latin dance version on his 1971 EMI album Tequila Cocktail. Sergio Franchi recorded the song on his 1967 RCA Victor album, From Sergio - With Love. A version by Engelbert Humperdinck is available on YouTube.

The Bobby Darin album, Bobby Darin Sings The Shadow of Your Smile, was notable in that the album's first side contained all of the songs nominated for the 1965 Academy Award for Best Original Song. 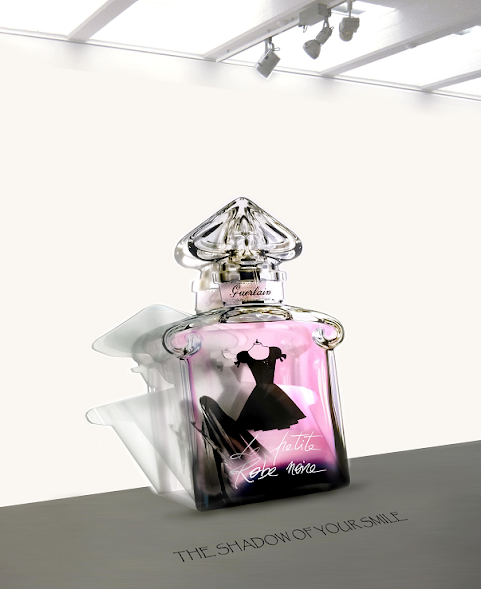 For that special girl it even comes in a bottle