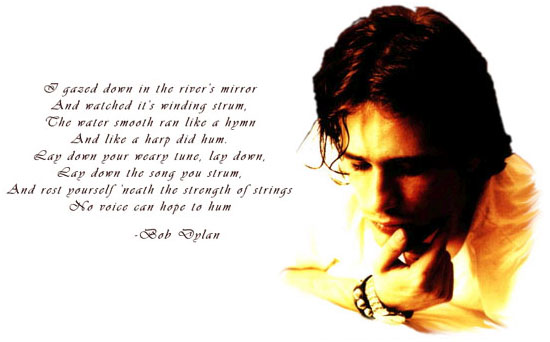 Jeffrey Scott "Jeff" Buckley (November 17, 1966 - May 29, 1997), raised as Scott "Scottie" Moorhead, was an American singer-songwriter and guitarist. After a decade as a session guitarist in Los Angeles, Buckley amassed a following in the early 1990s by playing cover songs at venues in Manhattan's East Village, such as Sin-é, gradually focusing more on his own material. After rebuffing much interest from record labels and his father Tim Buckley's manager Herb Cohen, he signed with Columbia, recruited a band, and recorded what would be his only studio album, Grace, in 1994. In 2004, Rolling Stone listed him at number 39 on their list of greatest singers of all time.

On the evening of May 29, 1997, Buckley's band flew to Memphis intending to join him in his studio there to work on the newly written material. The same evening, Buckley went swimming in Wolf River Harbor, a slack water channel of the Mississippi River, while wearing boots and all of his clothing and singing the chorus of the song "Whole Lotta Love" by Led Zeppelin. Buckley had gone swimming there several times before. A roadie in Buckley's band, Keith Foti, remained onshore. After moving a radio and guitar out of reach of the wake from a passing tugboat, Foti looked up to see that Buckley had vanished. Despite a determined rescue effort that night, Buckley remained missing. On June 4, two locals spotted his body in the Wolf River near a riverboat, and he was brought to land.

Buckley's autopsy showed no signs of drugs or alcohol in his system, and the death was ruled as an accidental drowning. The following statement was released from the Buckley estate:

In Canada on Zoomer Radio they have The Leonard Show a tribute to Leonard Cohen who passed away recently. They played this version of Hallelujah by Jeff Buckley who was taken tragically too early in life.