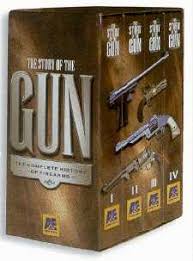 The pepper-box revolver or simply pepperbox (also "pepper-pot", from its resemblance to the household pepper grinder) is a multiple-barrel repeating firearm that has three or more barrels grouped around a central axis. It mostly appears in the form of a multi-shot handheld firearm.

The Colt Revolving Belt Pistol of Naval Caliber (i.e., .36 cal), later known as the Colt 1851 Navy or Navy Revolver, is a cap and ball revolver that was designed by Samuel Colt between 1847 and 1850. 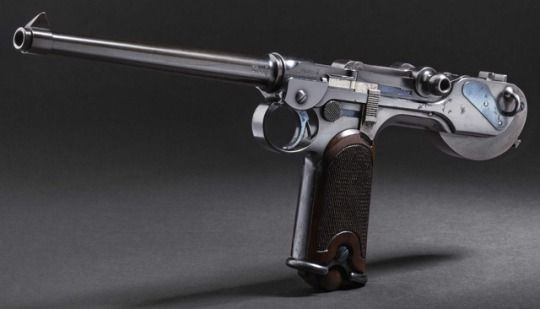 The Borchardt C-93 pistol was designed by Hugo Borchardt (1844–1921) in 1893. Ludwig Loewe & Company of Berlin, Germany, a manufacturer of machine tools, produced the C-93, a semi-automatic pistol that he had invented based upon the Maxim toggle-bolt design. 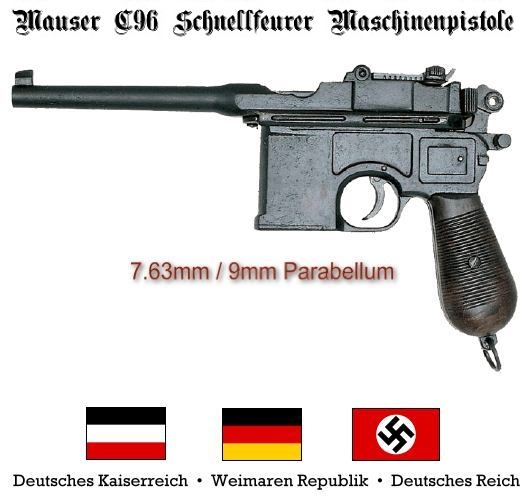 The Mauser C96 (Construktion 96)[4] is a semi-automatic pistol that was originally produced by German arms manufacturer Mauser from 1896 to 1937. Unlicensed copies of the gun were also manufactured in Spain and China in the first half of the 20th century. 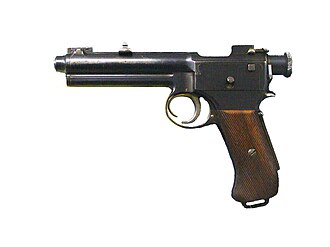 The Roth–Steyr M1907, or, more accurately Roth-Krnka M.7 was a semi-automatic pistol issued to the Austro-Hungarian Kaiserliche und Koenigliche Armee cavalry during World War I. It was the first adoption of semi-automatic service pistol by the land army of a major power. 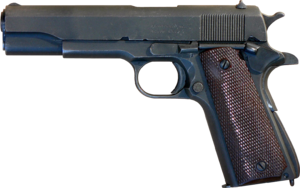 The M1911 is a single-action, semi-automatic, magazine-fed, recoil-operated pistol chambered for the .45 ACP cartridge. It served as the standard-issue sidearm for the United States Armed Forces from 1911 to 1986. It was first used in later stages of the Philippine-American War, and was widely used in World War I, World War II, the Korean War, and the Vietnam War.

The Webley–Fosbery Self-Cocking Automatic Revolver was an unusual, recoil-operated, automatic revolver designed by Lieutenant Colonel George Vincent Fosbery, VC and produced by the Webley & Scott company from 1901 to 1915. The revolver is easily recognisable by the zig-zag grooves on the cylinder. 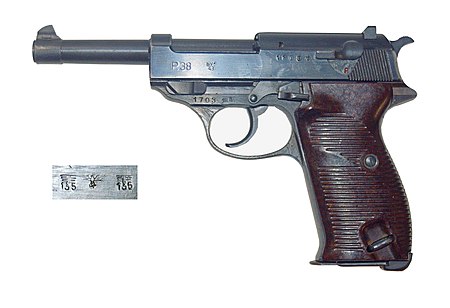 The Walther P38 (also known as a Pistole 38) is a 9 mm semi-automatic pistol that was developed by Walther arms as the service pistol of the Wehrmacht shortly before World War II. It was intended to replace the costly Luger P08, the production of which was scheduled to end in 1942. 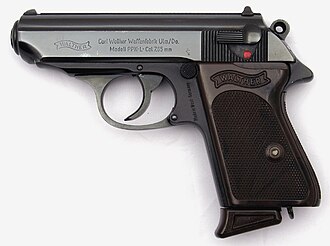 The most common variant is the Walther PPK, a smaller version of the PP with a shorter grip and barrel and reduced magazine capacity. The smaller size made it more concealable than the original PP and hence better suited to plainclothes or undercover work. It was released in 1931.

The Beretta 92 (also Beretta 96 and Beretta 98) is a series of semi-automatic pistols designed and manufactured by Beretta of Italy. The model 92 was designed in 1972 and production of many variants in different calibers continues today. The United States Armed Forces replaced the Model 1911A1

The Glock pistol, sometimes referred to by the manufacturer as a Glock "Safe Action" Pistol or colloquially as a Glock, is a series of polymer-framed, short recoil-operated, locked breech semi-automatic pistols designed and produced by Glock Ges.m.b.H., located in Deutsch-Wagram, Austria. It entered Austrian military and police service by 1982 after it was the top performer on an exhaustive series of reliability and safety tests.