CONSPIRACY NIGHT AT THE MOVIES: Metropolis

This is perhaps one of the greatest films ever made. Perhaps you've never experienced a silent film. Perhaps black and white was enough of a challenge. This epic masterpiece is the future the Satanic New World Order had in store for your forebears. This is still what they have in store for you today. Will you have what it takes? Can you find the courage to say NO! I hope so. Notice the Freund in the credits. Karl was also associated with I Love Lucy the famous sitcom of yesteryear. 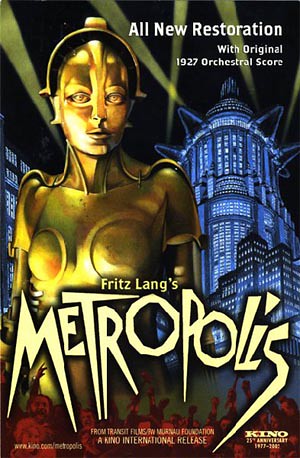 Metropolis is a 1927 German expressionist epic science-fiction drama film directed by Fritz Lang. Lang and his wife Thea von Harbou wrote the silent film, which starred Brigitte Helm, Gustav Fröhlich, Alfred Abel and Rudolf Klein-Rogge. Erich Pommer produced it in the Babelsberg Studios for Universum Film A.G.. It is regarded as a pioneering work of the science-fiction genre in movies, being among the first feature length movies of the genre.

THE TOWER OF BABEL

Made in Germany during the Weimar Period, Metropolis is set in a futuristic urban dystopia and follows the attempts of Freder, the wealthy son of the city's ruler, and Maria, a poor worker, to overcome the vast gulf separating the classes of their city. Filming took place in 1925 at a cost of approximately five million Reichsmarks, making it the most expensive film ever released up to that point. The motion picture's futuristic style shows the influence of the work of the Futurist Italian architect Antonio Sant'Elia. 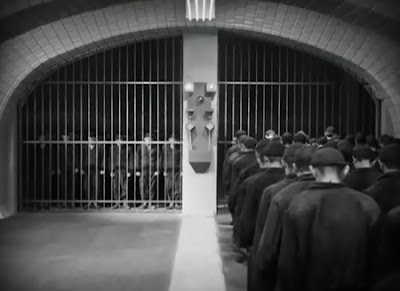 In the future of 2026 (100 years after the film was produced), wealthy industrialists rule the vast city of Metropolis from high-rise tower complexes, while a lower class of underground-dwelling workers toil constantly to operate the machines that provide its power. The Master of Metropolis is the ruthless Joh Fredersen, whose son Freder idles away his time in a pleasure garden with the other children of the rich. Freder is interrupted by the arrival of a young woman named Maria, who has brought a group of workers' children to see the privileged lifestyle led by the rich. Maria and the children are quickly ushered away, but Freder is fascinated by Maria and descends to the workers' city in an attempt to find her.

Freder finds himself in the machine rooms and watches in horror as a huge machine explodes, causing several injuries and deaths, after one of its operators collapses from exhaustion. Freder runs to tell his father; Grot (Heinrich George), one of the foremen, arrives soon afterward to deliver maps found on the bodies of the dead workers. Fredersen is angered that his assistant Josaphat has failed to be the first to bring him news of either the explosion or the maps, and fires him. Knowing that he can only go into the depths and become a worker, Josaphat attempts suicide but is stopped by Freder, who sends him home to wait for him. Concerned by Freder's unusual behavior, Fredersen dispatches the Thin Man to keep track of his movements....

It's at wiki. The link is sabotaged for some reason.

THE SIGN OF SATAN WITH LIFE NOT CREATED IN GOD'S IMAGE

THE RESISTANCE IS NOT FUTILE