Creedence Clearwater Revival - Have you ever seen the rain? 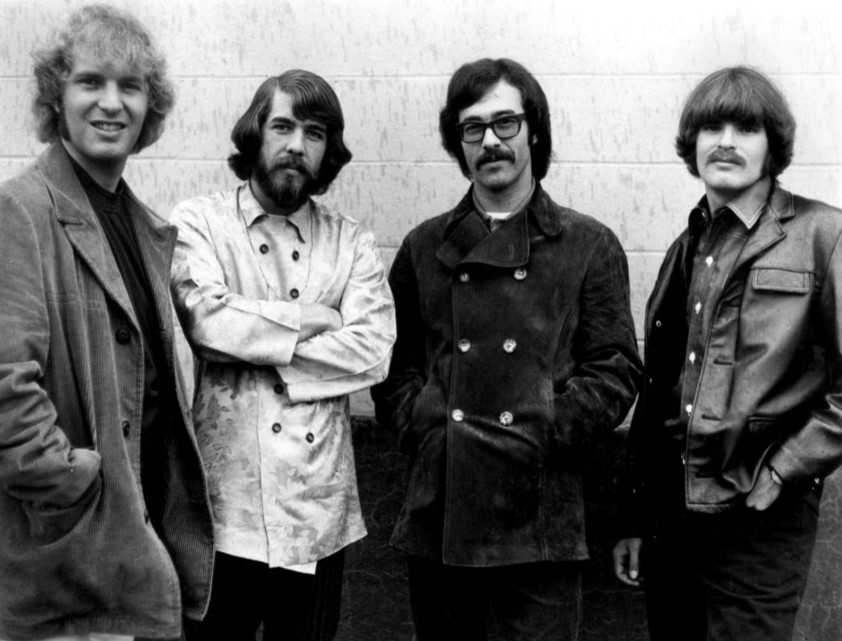 Creedence Clearwater Revival (often shortened to "Creedence" or "CCR") was an American rock band active in the late 1960s and early 1970s. The band consisted of lead vocalist, lead guitarist, and primary songwriter John Fogerty, rhythm guitarist Tom Fogerty, bassist Stu Cook and drummer Doug Clifford. Their musical style encompassed the roots rock and swamp rock genres. Despite their San Francisco Bay Area origins, they portrayed a Southern rock style, with lyrics about bayous, catfish, the Mississippi River, and other popular elements of Southern American iconography, as well as political and socially-conscious lyrics about topics including the Vietnam War. 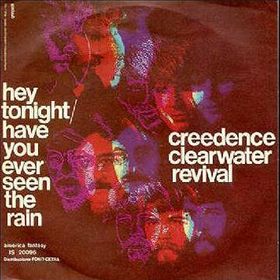 "Have You Ever Seen the Rain" is a song written by John Fogerty and released as a single in 1971 from the album Pendulum (1970) by roots rock group Creedence Clearwater Revival. The song charted highest in Canada, reaching number one on the RPM 100 national album chart in March 1971. In the US, it peaked at number eight on the Billboard Hot 100 singles chart in the same year. On Cash Box pop chart, it peaked at number three. Billboard co-listed the b-side "Hey Tonight". In the UK, it reached number 36. It was the group's eighth gold-selling single.[1]

Some have speculated that the song's lyrics are referencing the Vietnam War, with the "rain" being a metaphor for bombs falling from the sky.[2] In his review of the song for Allmusic website, Mark Deming suggests that the song is about the idealism of the 1960s and about it fading in the wake of events such as the Altamont Free Concert and the Kent State shootings and that Fogerty is saying that the same issues of the '60s still existed in the 1970s but that people were no longer fighting for them.[3] However, Fogerty himself has said in interviews and prior to playing the song in concert that the song is about rising tension within CCR and the imminent departure of his brother Tom from the band.[4] In an interview, Fogerty stated that the song was written about the fact that they were on the top of the charts, and had surpassed all of their wildest expectations of fame and fortune. They were rich and famous, but somehow all members of the band at the time were depressed and unhappy. Thus the line "Have you ever seen the rain, coming down on a sunny day." The band split in October the following year after the release of the album Mardi Gras.

Creedence Clearwater Revival - Down on the Corner

Creedence Clearwater Revival - Lookin' Out My Back Door

Creedence Clearwater Revival Down on the Corner