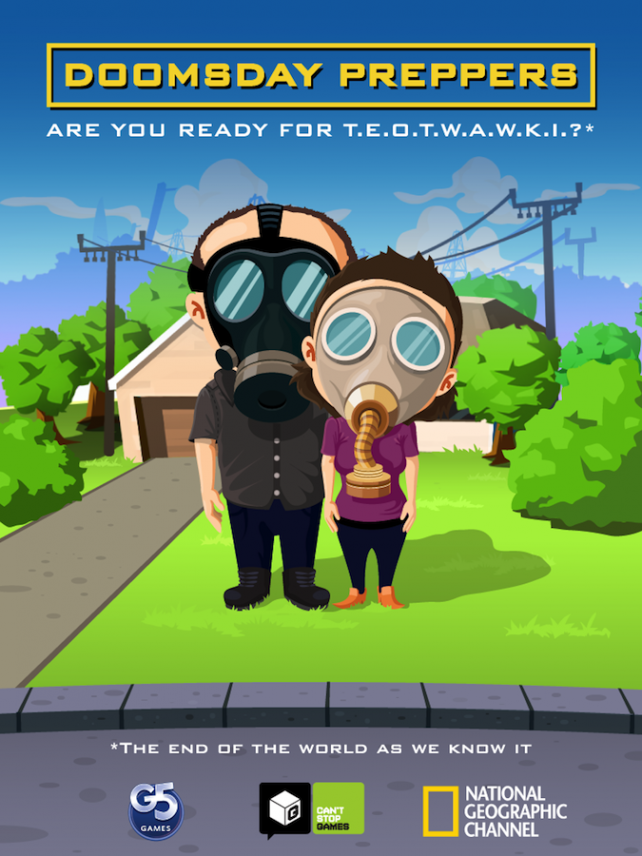 After losing his job, Nick Klein began prepping for an economic collapse. Nick keeps rabbits that he believes will give him all the food, fuel and fertilizer he needs to survive. Patrick Troy began prepping for societal collapse caused by a catastrophic event after the birth of his only child. He is building a multi-tiered perimeter defense system around his house. Keith Ford is prepping for a second civil war that he believes will destroy American society.

Doomsday Preppers explores the lives of otherwise ordinary Americans who are preparing for the end of the world as we know it. Unique in their beliefs, motivations, and strategies, preppers will go to whatever lengths they can to make sure they are prepared for any of life’s uncertainties. And this season, the preppers are testing the limits of ingenuity as they develop extreme doomsday survival machines, high-tech shelters, and specialized escape routes. With customized features, super-secret locations, and home-spun engineering, these extreme Armageddon defense systems are ready for anything.