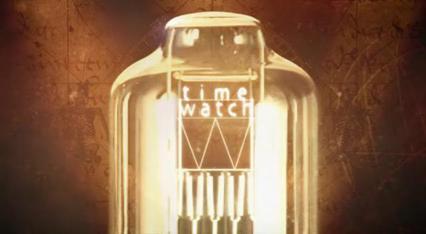 Timewatch is a long-running British television series showing documentaries on historical subjects, spanning all human history. It was first broadcast on 29 September 1982 and is produced by the BBC, the Timewatch brandname is used as a banner title in the UK, but many of the individual documentaries are unbranded with BBC continuity outside the domestic British market.

While many remember the bombing of Dresden, which resulted in the deaths of 30,000 people, this programme uncovers the reasons behind the extensive Allied attacks on other German towns during the final stages of World War Two. Historians Martin Middlebrook and Professor Tami Biddle explore the facts behind the devastation and conclude that targets were often selected on the basis of ease of destruction rather than military importance.

The destruction of Dresden in the Second World War has come to epitomise the horrors of modern aerial warfare. Thirty thousand people died during two nights of bombing, yet Dresden was only one of many German towns to suffer Allied saturation bombing. In the last months of the war, American and British bombers wrought havoc on numerous small towns considered at the time to be of little military importance. Timewatch sheds new light on the final stages of the Allied strategic bombing campaign.

Drawing on the expertise of renowned historians Martin Middlebrook and Professor Tami Biddle, and using rare colour archive and dramatic reconstructions, Detlef Siebert's film explores the historical background of strategic bombing in the Second World War. Through the testimonies of both airmen and civilians, the film tells the story of one American and one British raid on two South German towns of minor military importance. Ellingen, a small town with 1,500 inhabitants in Bavaria, was bombed by the 8th American Air Force in February 1945. An interview with the lead navigator reveals that Ellingen was selected as a "target of opportunity" simply because it had a road running through it. A few weeks later, British Bomber Command attacked Wurzburg, a medium-sized town with next to no industry of military importance. In only 20 minutes, incendiary bombs destroyed 82 per cent of the town, an even greater proportion than in Dresden.

Timewatch has unearthed documents which help to explain why such an unimportant place as Wurzburg was bombed. The documents provide a fascinating insight into the target selection process. They show that once Germany's industrial centres were virtually all destroyed, Bomber Command Intelligence began to select towns initially, not for their military value, but because they were easy for the bombers to find and destroy. A briefing note by an American Air Force general shows that raids on rural places such as Ellingen also had the political purpose to deter the Germans from ever starting another war.

"The Nazis entered this war under the rather childish delusion that they were going to bomb everybody else, and nobody was going to bomb them. At Rotterdam, London, Warsaw, and half a hundred other places, they put that rather naive theory into operation. They sowed the wind, and now, they are going to reap the whirlwind". Sir Arthur Harris 1st Baronet. 1942.