CONSPIRACY NIGHT AT THE MOVIES: The Assassination Bureau

What if art imitates life? Then the assassination business is one successful enterprise. It's old hat it appears. We were just not taught to be aware of the trade on the corporate level. It exists. Another film detailed a more modern company The Parallax Corporation. There is an expressed need in some circles for professional exterminators for the human kind. Is it conspiracy or hushed fact? Here you have the option to decide. ENJOY!

We posted it before and the You Tube link was removed. In light of the G20 events, we wonder if the lights are burning late at The Assassination Bureau?

In London, during the early 1900s, aspiring journalist and women's rights campaigner Sonia Winter (Rigg) uncovers an organization that specializes in killing for money, the Assassination Bureau, Limited. To bring about its destruction, she commissions the assassination of the bureau's own chairman, Ivan Dragomiloff (Reed).

The old bomb in the zeppelin trick how effective. No one would think they'd do this with fixed wing aircraft.

Far from being outraged or angry, Dragomiloff is amused and delighted and decides to put it to his own advantage. The guiding principle of his bureau, founded by his father, has always been that there was a moral reason why their victims should be killed — these have included despots and tyrants. More recently though, his elder colleagues have tended to kill more for financial gain than for moral reasons. Dragomiloff, therefore, decides to accept the commission of his own death and challenge the other board members: Kill him or he will kill them.

With Miss Winter in tow, Dragomiloff sets off on a tour of Edwardian Europe, challenging and systematically purging the bureau's senior members. Little do they realise that this is a plot by Miss Winter's sponsor, newspaper publisher Lord Bostwick (Savalas), to take over the bureau and plunge Europe into war — Bostwick is the bureau's vice-chairman and is bitter for having been passed over in favour of the founder's son. 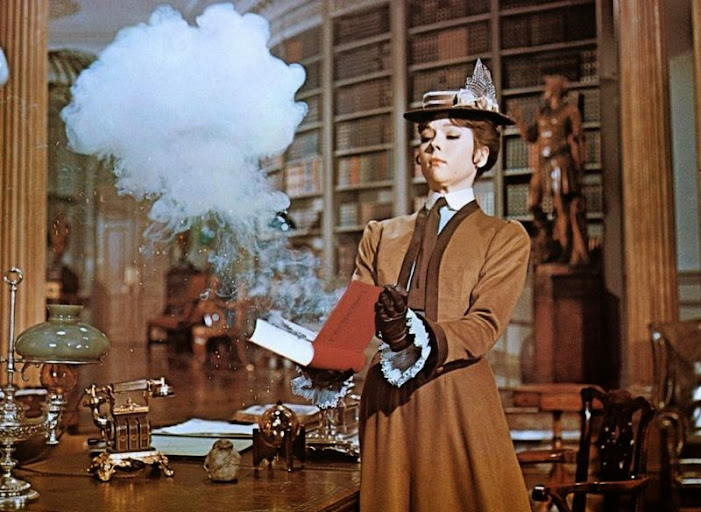 Bostwick and the other members of the Bureau plan to get rich quick by the "biggest killing" of them all — buying stocks in arms factories and then propelling Europe into war by assassinating all the heads of state of Europe while they attend a secret peace conference.

Dragomiloff and Miss Winter uncover the plot — dropping a bomb from a Zeppelin airship on to the castle in Ruthenia where the kings, emperors and presidents of Europe are trying to avoid a possible war caused by the death of a Balkan prince who was killed by a bomb intended for Dragomiloff. Dragomiloff steals aboard the airship and destroys it, killing the remaining members of his board of directors. He is then decorated by the heads of state he has saved. It is implied that Dragomiloff may wed Miss Winter as well.