SHIPWRECK: The Mystery of the Edmund Fitzgerald 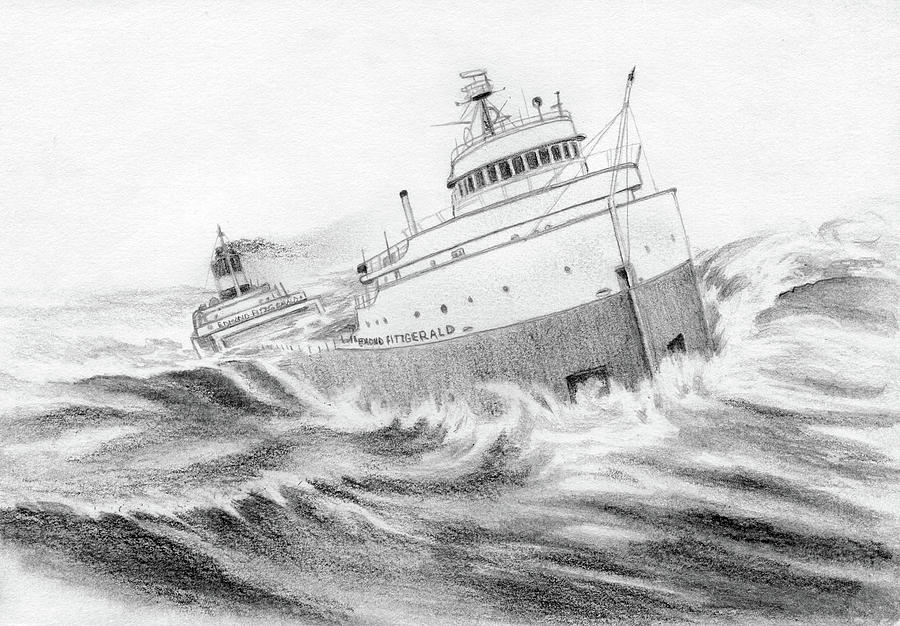 SS Edmund Fitzgerald was an American Great Lakes freighter that sank in a Lake Superior storm on November 10, 1975, with the loss of the entire crew of 29. When launched on June 8, 1958, she was the largest ship on North America's Great Lakes, and she remains the largest to have sunk there. 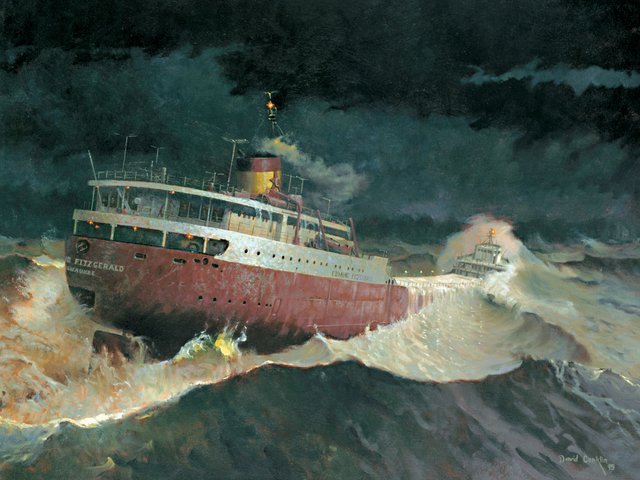 For seventeen years Fitzgerald carried taconite iron ore from mines near Duluth, Minnesota, to iron works in Detroit, Toledo, and other Great Lakes ports. As a "workhorse" she set seasonal haul records six times, often beating her own previous record.[5][6] Captain Peter Pulcer was known for piping music day or night over the ship's intercom system while passing through the St. Clair and Detroit Rivers (between Lakes Huron and Erie), and entertaining spectators at the Soo Locks (between Lakes Superior and Huron) with a running commentary about the ship.[5] Her size, record-breaking performance, and "DJ captain" endeared Fitzgerald to boat watchers.[7] 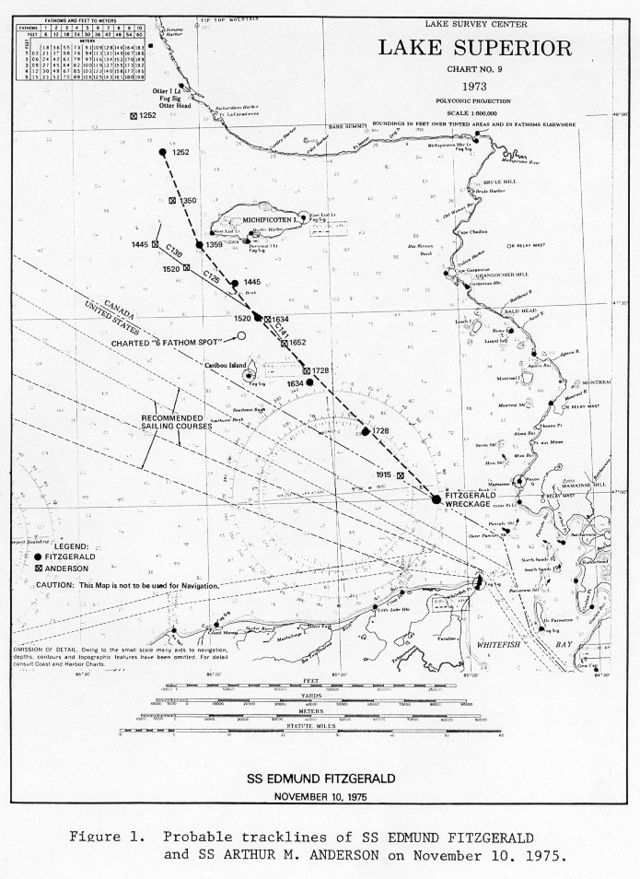 Carrying a full cargo of ore pellets with Captain Ernest M. McSorley in command, she embarked on her final voyage from Superior, Wisconsin (near Duluth), on the afternoon of November 9, 1975. En route to a steel mill near Detroit, Michigan, Fitz joined a second freighter, the SS Arthur M. Anderson. By the next day the two ships were caught in the midst of a severe winter storm on Lake Superior, with near hurricane-force winds and waves up to 35 feet (11 m) high. Shortly after 7:10 p.m. Fitzgerald suddenly sank in Canadian waters 530 feet (160 m) deep, approximately 17 miles (15 nautical miles; 27 kilometers) from the entrance to Whitefish Bay near the twin cities of Sault Ste. Marie, Michigan, and Sault Ste. Marie, Ontario. Although Fitzgerald had reported being in difficulty earlier, no distress signals were sent before she sank. Her crew of 29 all perished, and no bodies were recovered.

Many theories, books, studies and expeditions have examined the cause of the sinking. Fitzgerald may have fallen victim to the high waves of the storm, suffered structural failure, been swamped with water entering through her cargo hatches or deck, experienced topside damage, or shoaled in a shallow part of Lake Superior. The sinking of the Edmund Fitzgerald is one of the best-known disasters in the history of Great Lakes shipping. Gordon Lightfoot made it the subject of his 1976 hit song "The Wreck of the Edmund Fitzgerald". 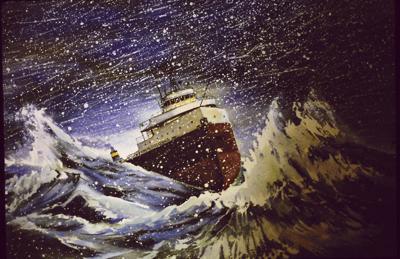 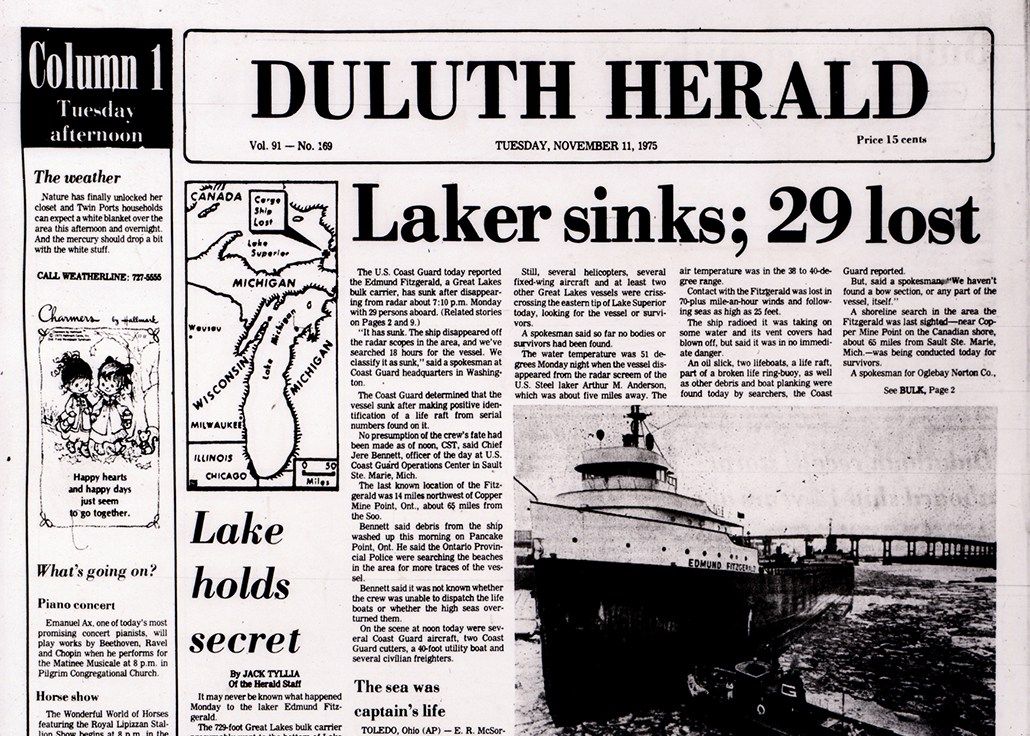