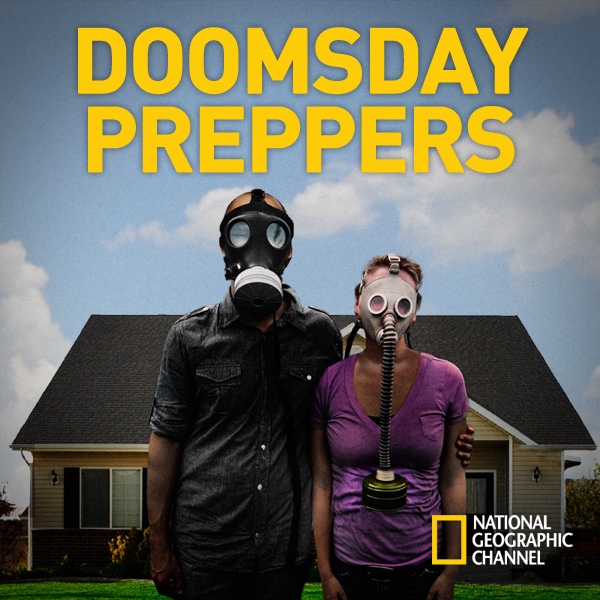 Prepper Chad believes that a nuclear strike resulting in a genocidal siege is a real possibility. At his home in Arizona, he is working on executing the biggest prep of his life — a 140-foot-long escape tunnel from his family's house to a bug-out vehicle. With the help of his wife and daughter, he begins construction — but as the project unfolds, they realize they're in over their heads.

I feel you would need a whole lot more coverage on your armored all terrain tank. In the past construction equipment was used. John Wayne's The Fighting Seabees shows us how they fought the Japanese in WWII. I'm also a proponent of the CUWV (Civilian Urban Warfare Vehicle) an armored vehicle made from a forklift. Every town and city has forklifts.

One of the Rook's very strategic attachments is the Armored Deployment Platform.  The custom built NIJ Level IV platform includes sloping partial roof cover, and floor-to-roof front shield consisting of sliding center door and batwing doors on the outer edges, plus independent power for two Go Lights.  The ADP provides room for up to five fully-dressed officers and is equipped with four locking gun ports, four bullet proof glass sight ports, and video cameras attached to the front of the platform with video feed to the equipment operator.

The armored bulldozer is a basic tool of combat engineering. These combat engineering vehicles combine the earth moving capabilities of the bulldozer with armor which protects the vehicle and its operator in or near combat. Most are civilian bulldozers modified by addition of vehicle armor/military equipment, but some are tanks stripped of armament and fitted with a dozer blade. Some tanks have bulldozer blades while retaining their armament, but this does not make them armored bulldozers as such, because combat remains the primary role — earth moving is a secondary task.