Doomsday Preppers S3 Ep11 No One Will Ever Know 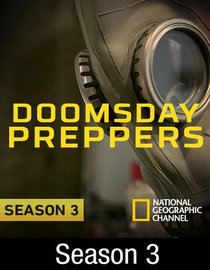 In Texas, Kenny and his wife Connie are preparing for a civil war. With defense as their ultimate concern, they're building a fortified bulletproof rooftop command center. In Maryland, Kevin is prepping for an EMP attack. Kevin is very protective of his close-knit family, including his three pregnant daughters. Their survival plan relies on a customized 15-ton bunker buried 20 feet underground and stocked with baby supplies and doomsday essentials.