Zero Hour - The Sinking of The Estonia

MS Estonia, previously Viking Sally (1980-1990), Silja Star (−1991), and Wasa King (−1993), was a cruise ferry built in 1979/80 at the German shipyard Meyer Werft in Papenburg. The ship sank in 1994 in the Baltic Sea in one of the worst maritime disasters of the 20th century. It is the deadliest shipwreck disaster to have occurred in the Baltic Sea in peacetime, costing 852 lives. 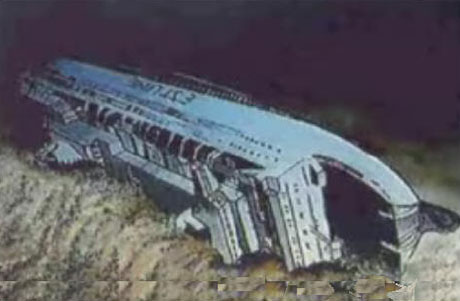 The Estonia disaster occurred on Wednesday, 28 September 1994, between about 00:55 to 01:50 (UTC+2) as the ship was crossing the Baltic Sea, en route from Tallinn, Estonia, to Stockholm. Estonia was on a scheduled crossing with departure at 19:00 on 27 September. She had been expected in Stockholm the next morning at about 09:30. She was carrying 989 people: 803 passengers and 186 crew. Most of the passengers were Scandinavian, while most of the crew members were Estonian (several Swedish passengers were of Estonian origin). The ship was fully loaded, and was listing slightly to port because of poor cargo distribution.

According to the final disaster report the weather was rough, with a wind of 15 to 20 metres per second (29 to 39 kn; 34 to 45 mph), force 7–8 on the Beaufort scale and a significant wave height of 4 to 6 metres (13 to 20 ft) compared with the highest measured significant wave height in the Baltic Sea of 7.7 metres (25.3 ft). Esa Mäkelä, the captain of Silja Europa who was appointed on scene commander for the subsequent rescue effort, described the weather as "normally bad", or like a typical autumn storm in the Baltic Sea. All scheduled passenger ferries were at sea. The official report says that while the exact speed at the time of the accident is not known, Estonia had very regular voyage times, averaging 16 to 17 knots (30 to 31 km/h; 18 to 20 mph), perhaps implying she did not slow down for adverse conditions. The chief mate of the Viking Line cruiseferry Mariella tracked Estonia's speed by radar at approximately 14.2 knots (26.3 km/h; 16.3 mph) before the first signs of distress, while the Silja Europa's officers estimated her speed at 14 to 15 knots (26 to 28 km/h; 16 to 17 mph) at midnight.

The first sign of trouble aboard Estonia was when a metallic bang was heard, caused by a heavy wave hitting the bow doors around 01:00, when the ship was on the outskirts of the Turku archipelago, but an inspection—limited to checking the indicator lights for the ramp and visor—showed no problems. Over the next 10 minutes, similar noises were reported by passengers and other crew. At about 01:15, the visor separated in which the ship's bow door opened and the ship immediately took on a heavy starboard list (initial 30 to 40 degrees, but by 01:30, the ship had rolled 90 degrees) as water flooded into the vehicle deck. Estonia was turned to port and slowed before her four engines cut out completely.

At about 01:20 a weak female voice called "Häire, häire, laeval on häire", Estonian for "Alarm, alarm, there is alarm on the ship", over the public address system, which was followed immediately by an internal alarm for the crew, then one minute later by the general lifeboat alarm. The vessel's rapid lean and the flooding prevented many people in the cabins from ascending to the boat deck. A Mayday was communicated by the ship's crew at 01:22, but did not follow international formats. Estonia directed a call to Silja Europa and only after making contact with her the radio operator uttered the word "Mayday". In English, the radio operator on Silja Europa, chief mate Teijo Seppelin replied: "Estonia, are you calling mayday?" After that, the voice of Andres Tammes took over on Estonia and the conversation shifted to Finnish. Tammes was able to provide some details about their situation but due to loss of power, he could not give their position, which delayed rescue operations somewhat. Some minutes later power returned (or somebody on the bridge managed to lower himself to the starboard side of the bridge to check the marine GPS which will display the ship's position even in a blackout condition), and the Estonia was able to radio their position to Silja Europa and Mariella. The ship disappeared from the radar screens of other ships at around 01:50 and sank at 59°23′N 21°42′E, about 22 nautical miles (41 km; 25 mi) on bearing 157° from Utö island, Finland, in 74 to 85 metres (243 to 279 ft) of water.