CONSPIRACY NIGHT AT THE MOVIES: The Satan Bug

It's in 11 parts on You Tube. It is complete and well worth the effort. The Satan Bug is a 1965 science fiction film directed by John Sturges that features George Maharis and Anne Francis. It was loosely adapted from Alistair MacLean's 1962 novel of the same name. It also features a soundtrack by the prolific composer of movie scores, Jerry Goldsmith.

Lee Barrett, a former intelligence agent discharged for his outspoken views, now a private investigator, is approached by a man representing a political organization opposed to the use of bioweapons with a tempting offer to join their cause. His refusal proves to be the correct response, as the man is an impersonator sent by his former boss Eric Cavanaugh to test his loyality. Barrett is asked by Cavanaugh to investigate the murder of the security chief of Station Three — a top-secret bioweapons laboratory in the desert of Southern California — and the disappearance of its director, Dr. Baxter. As soon as they arrive at the station, Barrett uncovers evidence suggesting that despite the appearance of a break-in, the intruders had got in with inside help.

As they wait for a time lock on the sealed lab to open, they are advised by another lab scientist, Dr. Gregor Hoffman, to seal the lab using concrete. Hoffman informs them that there are two lethal bioweapons in the lab, a lethal strain of botulinus that oxidizes eight hours after its release, and a recently developed virus that he calls the "Satan Bug", which could kill all life on Earth in a matter of months.

Determined to discover what happened in the room, Barrett after taking extreme cautions enters to discover Dr. Baxter dead and the vials containing the "Satan Bug" and 1200 grams of botulinus missing. 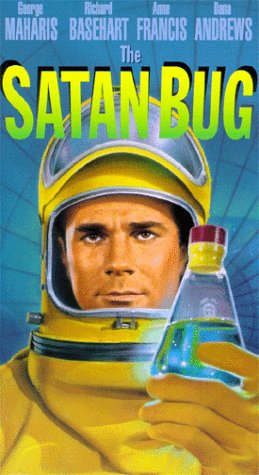 Summoned by a mysterious telegram, Barrett drives to a nearby hotel, where he has a surprise reunion with his old flame Ann, the daughter of his superior, General Williams, who has flown in from Washington to supervise the investigation. Ann, who still has feelings for Barrett and vice versa, admits to sending the telegram, adding that she has been assigned to him as his partner. At her father's home, Barrett's speculation to him and Anne that a lunatic with a messiah complex is behind the theft is confirmed by a telegram threatening to release the viruses unless Station Three is destroyed.

Still suspecting that the thieves were aided by someone on the inside, Barrett along with Anne discovers that another scientist from the station who may have been the person involved is dead, his body lying in his swimming pool. A phone call to the scientist's home intercepted by Barrett reveals the name Charles Reynolds Ainsley, a reclusive millionaire crackpot who fits the profile and who quickly becomes the focus of the investigation.

After a demonstration incident in Florida proves the thieves' willingness to use the botulinus, General Williams receives a call in the presence of Barrett, Anne, and Cavenaugh threatening to release more of the toxin in Los Angeles County unless Station Three is closed. The caller cuts himself off before he can be traced, but not before confirming that he is Charles Reynolds Ainsley.

Pursuing a police report, Barrett and Ann visit the location where a car broke down and was left abandoned during the evening of the theft. Barrett deduces that the driver was involved and with Ann's help locates an airtight steel box containing the missing vials in a nearby stream, only to be confronted by two armed men, the thieves themselves. Barrett and Ann are taken with the box to the home of Dr. Hoffman, the other conspirator in the theft.

Hoffman decides to take them hostage, but they are being followed by security agents. It comes out that Veritti and Donald, the two thugs working with Hoffman, had hidden some vials with a time activating device somewhere in Los Angeles. At some point, the flask containing the "Satan Bug" is separated from the others by Hoffman, leaving the rest with Veritti and Donald along with the hostages, despite an attempt by Barrett and Ann to overpower them. Soon the henchmen realize that they are being shadowed by two agents in a car.

After a confrontation at an abandoned gas station, Veritti and Donald decide to lock the two agents along with Barrett and Anne in the garage. Realizing that the thugs intend to kill them, Barrett convinces them to take Anne with them as a hostage, and as they do they shatter one of the vials. Though both agents are killed, Barrett escapes by forcing an exit, setting the room afire as he does so. After an unsuccessful attempt to radio for help, he stops a passing car being driven by Hoffman who has pulled a double cross on his own men. Barrett makes a deal to learn the location of the flasks in Los Angeles in return for the closure of Station Three.

Barrett is aware by now that Hoffman is Ainsley himself. As they drive to Los Angeles, they hear a radio announcement reporting the closure of Station Three (which Barrett knows is false, having arranged it earlier). Later they are intercepted by men revealing themselves as fellow agents, and after arresting Ainsley, they take him and Barrett in their car towards Los Angeles. Meanwhile, Veritti and Donald are killed at a roadblock while trying to escape, the flasks they are carrying are safely retrieved, and Anne is rescued and reunited with her father, who assures her that Barrett may still be alive, his body not found with those of the other two agents.

Barrett himself has realized that the "agents" driving him and Ainsley are actually more of Ainsley's men, on their way to rendezvous with a helicopter he observes flying above them. After single-handedly taking them down, he again confronts Ainsley who threatens to break the flask containing the "Satan Bug", telling Barrett that he waited to steal the virus until the vaccine could be isolated, which is why Baxter and the other scientist were murdered. 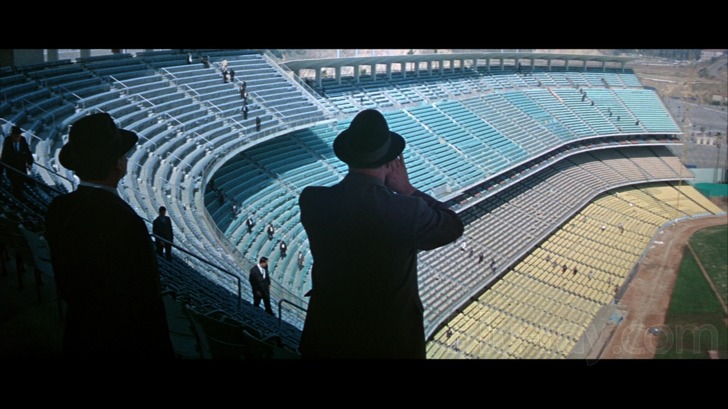 Now that the vaccine is in his blood, Ainsley is immune. He declares his willingness to destroy the world and then live on in it alone rather than give up the power he holds. The helicopter lands, flown by another of Ainsley's men. Again an uneasy deal is made between Barrett and Ainsley, and they fly off in the helicopter, eventually finding themselves above Los Angeles as it is being evacuated. Down below, Anne, General Williams, and Cavanaugh figure out from a cryptic doodle left by Veritti that the other vials are hidden at the Los Angeles baseball stadium in and send a team of agents and police to find them. During an intense search, the vials are discovered hidden in the ice of a concession stand, attached to a bomb.

Above, Barrett grimly notes that the helicopter is flying past Los Angeles and starts bickering with Ainsley again. Sensing trouble, the pilot quietly sets the helicopter on auto and starts to pull out his gun. Seeing this, Barrett fights with the pilot who tries to throw him out out of the helicopter, only to be thrown out instead. Barrett is in danger of falling out after him, but manages to hold on long enough to pull himself back to safety. Ainsley, having been stunned during the fight, has dropped the vial which starts to tumble out of the helicopter, but at the last second Barrett grabs it. Having served as an army rescue helicopter pilot, Barrett successfully takes over the controls, then covers Ainsley with a gun, pointing out that he has nothing to bargain with now. Ainsley throws himself out of the helicopter rather than reveal the location of the missing vials, unaware that they had been located by the authorities and are now disarmed. After contacting Ann and her father, Barrett prepares to land with the vial containing the "Satan Bug", ironically commenting that they are now back to where they started.